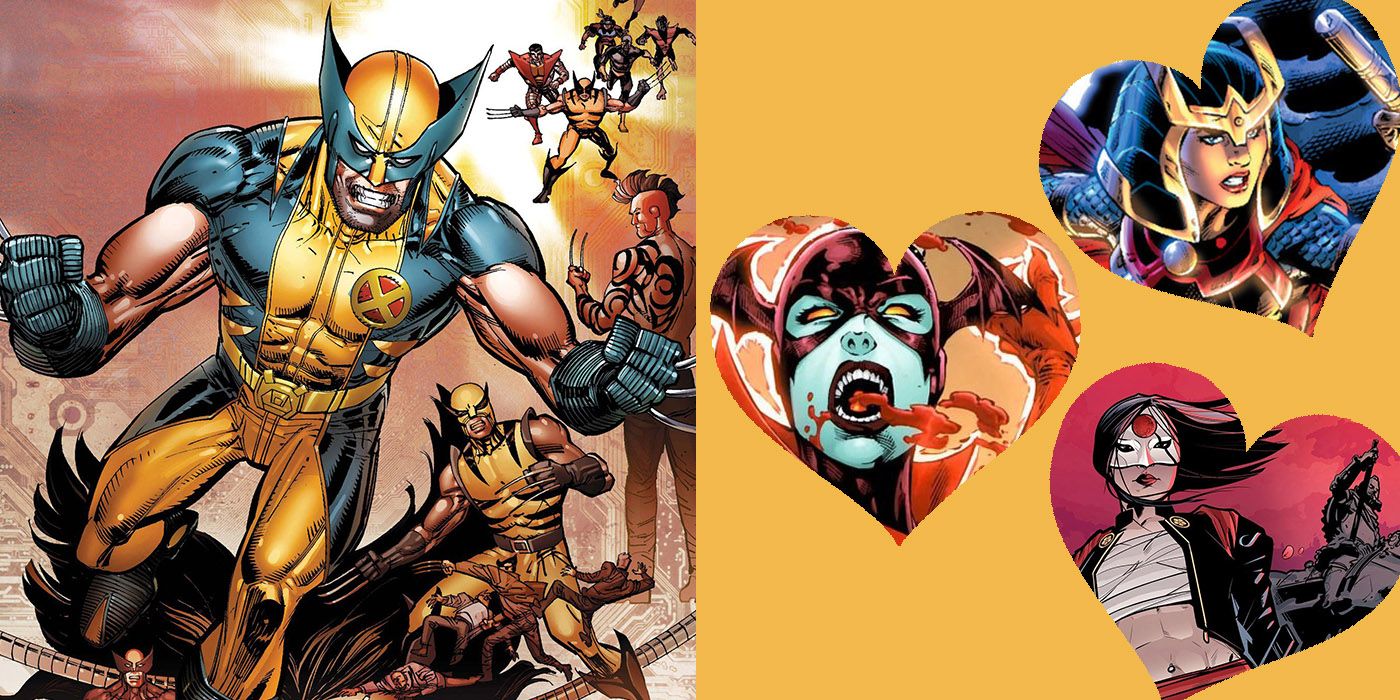 10 DC Characters Wolverine Would Fall In Love With

Wolverine made his first full comic book appearance The Incredible Hulk #181. He was originally meant to be a unique character, created with no real intention of longevity. The character was so successful that his co-creator, Len Wein, brought him into the X-Men universe with Giant Size X-Men #1 in 1975. Since then, Wolverine has become one of Marvel Comics’ most popular characters.

Wolverine is often described as an “animal” due to his vicious and violent nature, but he has demonstrated a strong love and caring nature for others. Wolverine has developed romantic relationships with characters like Storm, Mystique, and Jean Grey. If he were to traverse the DC Comics universe, he would most likely find love with characters who share his thirst for action or those who can find heart beneath his rough exterior.

ten Katana is a deadly warrior

Wolverine has traveled all over the world in his long life, learning skills in many areas, primarily those focused on combat. When Logan traveled to Japan, he not only trained as a samurai warrior, but he fell in love with a woman named Itsu and had a son.

In the DC Comics Universe, Katana is an extremely skilled samurai warrior who has served as a member of superhuman groups like Batman’s Outsiders and Suicide Squad. She wields the Soultaker sword, “a blade that imprisons the souls of its victims”. If Wolverine and Katana meet, they bond over their shared histories and skills with blades.

9 Artemis is a powerful warrior amazon

Artemis was an amazon who left her home in search of Ra’s magic bow. In her quest, she convinced the unlikely pair of Red Hood and Bizarro to join her, forming the Outlaws. Artemis frequently argued with her teammates and even started a fight in a bar at Red Hood and the Outlaws #8.

Artemis and Wolverine would probably get along as much as they would at each other’s throats. Their dynamic would be very similar to the dynamic shared between Artemis and Red Hood: they bicker and argue, but ultimately support each other.

8 Hawkgirl has lived many lives

Wolverine’s accelerated healing mutation allows him to survive most injuries. He is extremely difficult to kill, and even after events titled Death of Wolverine, the character is back. His healing factor even allows him to live several decades beyond his natural age.

Similarly, DC Comics’ Hawkgirl is a character who has lived many lives through magical reincarnation that she shares with Hawkman. Hawkgirl and Hawkman have one of DC’s best romances because of their connected lives. Wolverine and Hawkgirl might also find romance after bonding over their extended lives.

Vixen is one of DC Comics’ coolest characters and has thankfully received more spotlight in recent years. She plays in Justice League Unlimited, and she’s headlining her own Arrowverse tie-in animated series. Using her Tantu Totem, Vixen can replicate the abilities of any animal in the world. She can run as fast as a cheetah, lift as much as a gorilla, and more.

Wolverine also possesses animal traits in addition to his accelerated healing, such as enhanced senses that make him an excellent tracker. Wolverine may find himself attracted to someone who can replicate a Wolverine’s natural abilities.

6 Renee Montoya gets answers by any means necessary

Renee Montoya was an original character created for Batman: The Animated Series. She was a Gotham City police officer who made her comic book debut in Batman #475. Montoya will serve as an officer until the events of the year-long crossover, 52, where she teamed up with the Question. After Vic Sage’s death, Montoya donned his faceless mask and became the new Question.

Like her predecessor, Montoya became a cold detective who often used violence to get the answers she sought. She’s worked with Batman and the Birds of Prey, but she could be a hostile hero, just like Wolverine. Other heroes may not like their methods, but the Question and Wolverine get results.

5 Black Canary is an awesome fighter

Dinah Laurel Lance, aka Black Canary, is one of the best hand-to-hand fighters in the DC Universe, having trained with other fighters like Wildcat and Lady Shiva. Black Canary displays her fighting skills alongside Batman in Batman All Starbut she mostly teams up with Green Arrow.

Black Canary is outspoken and assertive. She’s led versions of the Birds of Prey, the League of Assassins, and even the Justice League. Wolverine is often the strong and advanced character, but he would meet his match in Black Canary. Wolverine may be the loudest person in the room, but thanks to Canary’s sonic scream, he would soon be eclipsed.

4 The cheetah has also been called an animal

There have been several versions of Cheetah in DC Comics, but the most common version is Barbara Ann Minerva who first appeared in wonder woman flight. 2 #7. Barbara was an archaeologist who accepted the role of guardian of an African tribe on the promise that guardianship would grant her power. She gained the mystical powers of the Cheetah but also transformed into a yellow furry creature.

Wolverine felt great pain when adamantium metal was surgically grafted into his skeleton. His animal instincts often took over and he unleashed his claws. Barbara’s transformation into Cheetah was also painful. Although still human, she was referred to as an animal due to her appearance and natural instincts, much like Wolverine.

3 Barda is one of the toughest new gods

Barda was raised on Apokolips by Granny Goodness and trained in battle to become one of her Furies. Barda served Darkseid’s forces until she fell in love with the leader’s adopted son, Scott Free. Barda and Scott escaped Apokolips, and they later joined various versions of the Justice League.

Wolverine and Barda share similar traits. At first glance, the two heroes are cold, distant and even mean. Given enough time, readers come to learn that these heroes have hearts of gold. Wolverine will risk his life for Xavier’s students, especially when he leads his own team in the Wolverine and the X-Men comedic, and Scott brings out the softer side of Barda in Tom King Mister Miracle limited series.

2 Mera is a strong and aggressive leader

Mera is Aquaman’s wife and Queen of Atlantis. She has many powers such as increased swimming speed, super strength, and the ability to breathe underwater. Her most famous power is hydrokinesis, the ability to control all forms of liquid. Mera is often depicted as more ruthless and cunning than Aquaman, often making her a superior leader, especially in times of war.

RELATED: 10 Marvel Characters Harley Quinn Would Fall In Love With

Wolverine is drawn to strong characters, and Mera is undeniably powerful. She’s teamed up with the Justice League in events like “Throne of Atlantis” and “Drowned Earth,” and she’s fought characters like Wonder Woman and Black Manta. Wolverine and Mera are passionate characters who often let their fists (or claws and hydrokinetic powers) do the talking.

1 Bleez is consumed by rage

Bleez is a relatively new addition to the Green Lantern mythos. Created by Geoff Johns and Shane Davis, Bleez first appears in the Rage of the Red Lanterns one-shot before acting in the current film red lanterns comedy series alongside Atrocitus, creator of the Red Lanterns.

While Green Lanterns are powered by willpower, Red Lanterns are powered by rage, and their red rings fill them with barbaric anger. However, some characters, like Bleez, overcome the overwhelming effects of the red rings and regain some of their humanity. If Wolverine was in the DC Universe, not only would he fall in love with Bleez, but he’d likely become a Red Lantern himself.

NEXT: The 10 Best Wolverine Costumes In Marvel Comics