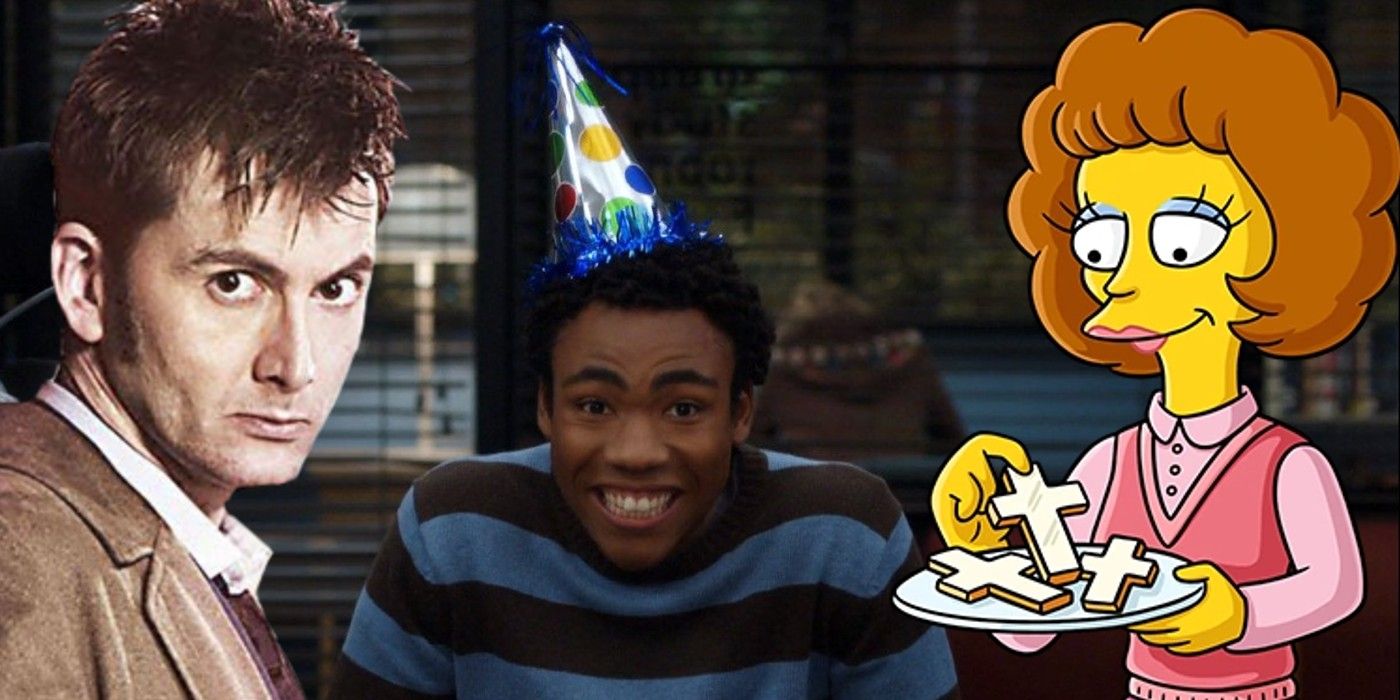 Every TV series, whether comedy, drama, action or romance, starts with a character base. If the show is successful and finds an audience, these characters become fan favorites and will appear on viewers’ television sets for years to come. Season after season, these characters are a part of pop culture history, leaving behind iconic catchphrases like Columbo’s “One more thing“or Steve Urkel’s”Did I do this?“

But sometimes characters who were on the verge of becoming iconic disappear from a show. They can be killed off in a shocking twist or they can just disappear between seasons and never be mentioned again. But some character outings stood out as the ones that really stuck with audiences for years.

In 1986 viewers turned their televisions to NBC to watch Valerie, a new series starring Valerie Harper. In the series, Harper played a working mother trying to raise her three sons on her own, as her husband was an airline pilot who was rarely home. During the second season, Harper entered into negotiations over a new contract.

NBC chose not to renew the star’s contract, but they also didn’t want to cancel the hit show, so the decision was made that between seasons two and three, Valerie would be killed off and replaced by the aunt. of the three boys, changing the concept from a single mom raising her kids to a cool aunt raising her sister’s kids.

9 Star Trek: The Next Generation killed off a main character early in the first season

These days it’s not uncommon for a TV series to kill off a character who seems to be important in the first season just to up the ante and make the audience think anything can happen, but in 1987 that was practically unknown. But that’s exactly what happened in the 23rd episode of the first season of Star Trek: The Next Generation.

Denise Crosby was cast as Tasha Yar, chief security officer aboard the USS Enterprise. Yar was supposed to be a major character on the show, but filming for the season continued. Crosby felt her character was ignored and asked to be released from her contract. With the actress gone, the decision was made to kill off Tasha in what was an otherwise bland episode.

In its fifth season, Community lost two characters. The first was Pierce Hawthorn, who died offscreen primarily because actor Chevy Chase left the show between seasons. A few episodes later, the series also had to deal with the departure of Donald Glover, who played Troy.

No one wanted to see Troy die, so the show found a unique way to get him off the show. When the remaining members of the Greendale Seven receive their legacies from Pierce’s will, most of the gang members receive a vial of bodily fluids from Pierce, but Troy receives $14 million. There’s a catch – to get the money, Troy must first sail around the world in Pierce’s yacht.

seven Gina left the Nine-Nine with a new monument

Played by Chelsea Peretti, Gina was not the main character of Brooklyn nine-nine, but his irreverent humor and dance routines played a major role in the show’s success. When it was announced that Peretti would be leaving the show at the start of the sixth season, fans wondered how wild his exit would be, but no one was prepared for what happened.

In true Gina fashion, the civilian administrator of the Nine-Nine decided to become an influencer through her dancing and bid the gang farewell, but not before gifting them a golden statue of herself.

With nearly six decades of stories, almost everyone knows the basics of Doctor Who. As a Time Lord, the Doctor is able to regenerate whenever he is badly injured or dying, but this gives him a new appearance and personality. Although it became an important part of Doctor Who, it was not in the original plans for the series. When William Hartnell, the man first cast as the Doctor in 1963, became too ill to continue working on the series, producer Innes Lloyd and editor Gerry Davis came up with the idea to ” die” the Doctor and “reborn” as a way to replace the actor and provide a reason for the change in the show.

In a series like Boneswhere the characters investigate an endless stream of gruesome murders, it seems like the most obvious way to write a character would be to have them killed, but when it comes to Dr. Zack Addy, the show’s writers went into a different direction.

Instead of killing Dr. Addy, the show revealed that Zack was actually working with a serial killer in hopes of becoming one himself. The revelation rocked the Bones team and shocked fans of the show.

A generation has grown up yelling at Steve for Blue’s clues as he worked to solve clues left behind by Steve’s dog, Blue. The show, which was always warm and loving, almost turned actor Steve Burns into a member of every watching family, so it came as a shock to audiences when Steve left the show in the fourth season.

As Steve explained to his friends across the TV, he was heading off to college on a hopscotch scholarship, and although saying goodbye is never easy, Steve had to go. so he can learn more. It was a tough day for a lot of kids, but somehow the fans always knew that Steve was always there for them.

In a show like MASH POTATOES, centered on the doctors of a mobile surgical hospital during the Korean War, death was always around the corner. The show is iconic for its ability to switch between comedic moments and heartbreaking scenes that remind viewers that life is fleeting, and no moment did it better than the Season 3 finale, “Abyssinia, Henry.”

In the episode, the commanding officer, Lt. Col. Henry Blake, receives an honorable discharge from the military and leaves Korea to return home. The episode features a number of wonderful moments as the remaining medics dispatch their friend, but the shock comes at the last moment when it is revealed that Lt. Col. Blake’s plane has been shot down over the Sea of Japan.

HBO’s Silicon Valley was an instant hit, and a big part of that was TJ Miller as Erlich Bachman. Bachman stood out from the rest of the characters on the show, mostly due to his open drug use and less than charming attitude, and those were the things that made fans love him.

Related: The best superhero movies to stream on HBO Max

Miller left Silicon Valley at the end of the fourth season, and the show decided to explain Bachman’s disappearance in a way that would only work with this character. In the season finale, Bachman feels right at home in an opium den in Tibet. While the show continued for two more seasons, Bachman was never seen again.

While it’s common for live-action television shows to write characters out of the story, it’s much rarer in animation. Usually, if an actor wants to leave an anime series, they will simply be replaced by a new actor who has a similar voice, but for The simpsonswhen Maggie Roswell left the show over a pay dispute, the decision was made to kill off her character, Maude Flanders.

In true Simpsons style, Maude’s death couldn’t be something fans might see in another series. For this character present in the series for eleven seasons, the only way to kill her was to bombard her with t-shirts fired by cannons.

8 Important TV Characters Who Were Only In One Season

Born and raised in New York, Derek Faraci moved to Los Angeles in 2001 and joined Activision where he worked on many successful franchises including Spider-Man, Tony Hawk and Guitar Hero. In October 2009, Derek left Activision to join Scientifically Proven Entertainment. Since joining SPE, Derek has worked on Man vs Wild: The Game, Blood of the Werewolf and the film Sucker directed by Michael Manasseri. Derek has written over 1000 articles for a number of sites and magazines including Blumhouse, CBR, Birth.Movies.Death and Solis. If he had the chance, Derek would spend all his time watching movies and reading comics. More of Derek’s work can be found at DerekFaraci.com and you can find him on Twitter at @wh_woolhat.

How a car differential works