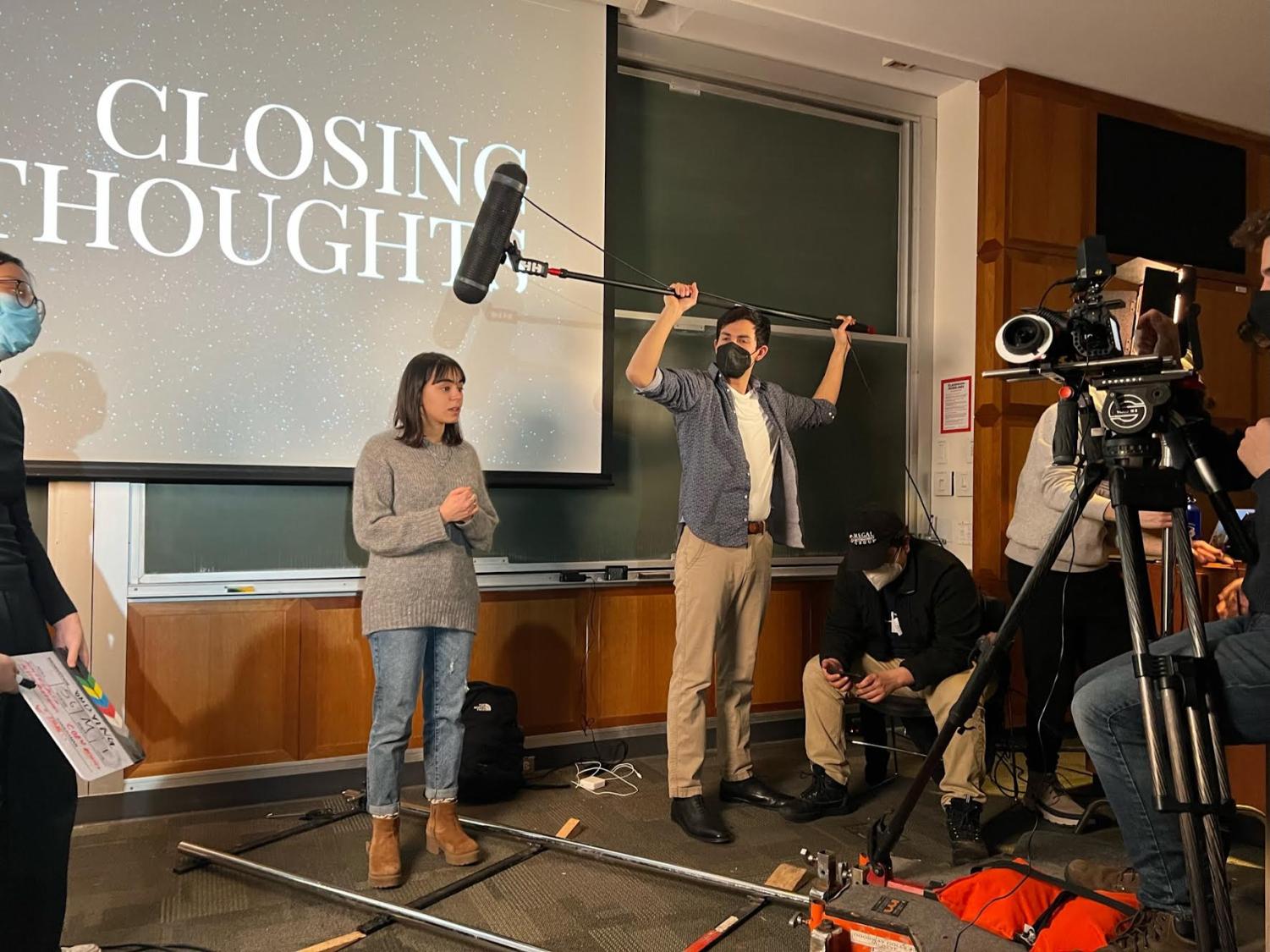 Applause for a Cause produces a feature film

Communications junior Nena Martins prepares to film a scene. Applause for a Cause is producing a feature film called ‘Undying’ to raise donations for a non-profit organization

After a year-long hiatus, 63 Applause for a Cause students have come together to write, produce and direct an original feature film to raise money for charity.

“Undying” is a fantasy drama about an immortal woman who makes an unexpected friend and must confront her buried desires for companionship. The film will premiere in May and will raise donations for After School Matters, a nonprofit that provides after-school education and summer opportunities for thousands of Chicago teens.

The second year in communication Minju Hong worked as a producer and assistant director for the first time, which posed challenges. At one point, Hong said she had to start a car at 1 a.m. after filming in 6 degrees for 14 hours.

“I spent 80% of my time working on ‘Undying,'” Hong said. “But after I got home, I still wanted to get back on set, which showed that I really wanted to work in this industry.”

Despite the cold temperatures and the considerable time commitment, Allan Rodriguez, co-director and sophomore in communications, said he found the experience unforgettable.

He said directing a feature film for the first time taught him how to quickly pivot around mistakes.

“If you’ve ever heard of Murphy’s Law – anything that can go wrong will go wrong – that’s certainly true with most film productions,” Rodriguez said. “At least for me, in a cynical way, that’s where the fun is, where you solve problems from moment to moment.”

After the post-production phase, Rodriguez previewed the complete rough cut before the film moved on to the colorist, composer, and sound designer. Through this process, he said he learned to identify what was flowing well between scenes.

“When you shoot, it’s literally these vignettes of moments. You’re like, ‘Well, let’s hope this fits into the larger story of everything,’ Rodriguez said. “It’s really cool to see how those six to nine weeks of filming and the whole year of planning have come down to a real freaking movie.”

As a theater student, she said she usually didn’t get to see the crew at work. However, thanks to this on-screen acting experience, she was able to watch the team closely.

“It was really rewarding to see people doing their own thing,” Martins said. “All of these people are so creative in so many different ways.”

For all three students, “Undying” has allowed them to form new friendships across departments and across years.

Rodriguez attributed this to the very newbie-friendly atmosphere on set and the need to learn on the go. He said many of the underclass have learned leadership skills that have allowed them to step into bigger roles.

“There are freshmen who knew nothing about film, and now that they’ve been through this, I’m working on projects side by side with them,” Rodriguez said. “It’s super cool to see how everyone has grown in such a short time.”

— After cancellations and delays, student group Applause for a Cause is set to begin filming their new project

— Applause for a Cause struggles to produce feature without RTVF recognition