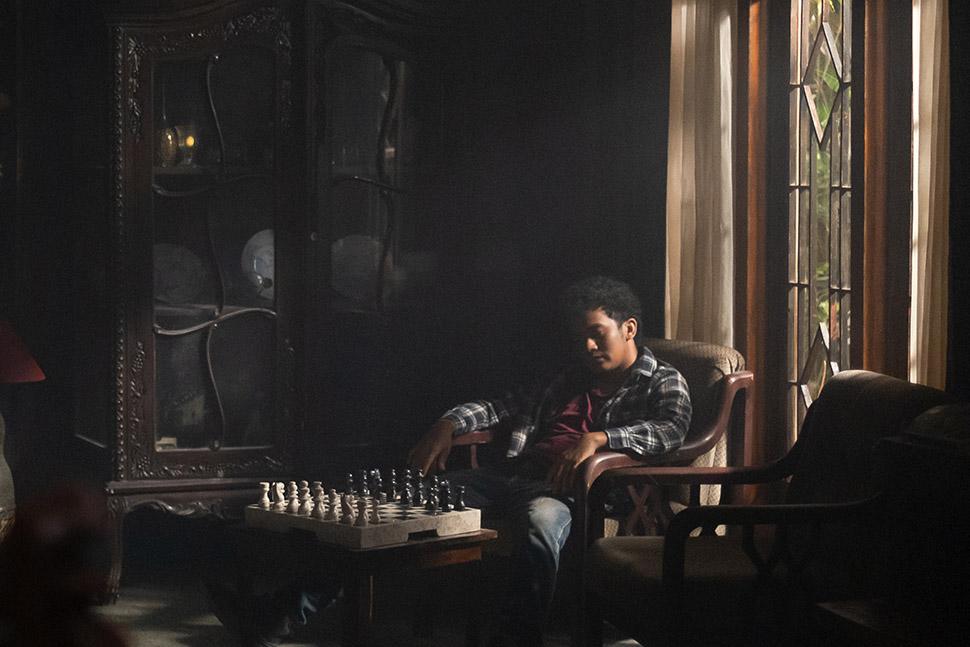 Forget the overly poetic title, Makbul Mubarak’s terrific Indonesian thriller Autobiography – premiering in the Horizons section of the Venice Film Festival – is a real find here, a tense and elegantly staged duet that transcends regional politics to pose a profound commentary on the state of the world today.

American arthouse audiences should be particularly receptive to his compelling portrayal of a charismatic mayoral candidate whose populist image masks a very fragile ego and a desire to maintain absolute power at all costs.

The story unfolds from the perspective of Rakib (Kevin Ardilova), the young caretaker of an empty mansion owned by Purna (Arswendy Bening Swara), a retired general. Rakib’s family has served the ancestors of Purna for generations, but, with his father in prison and his brother abroad, he is the last of his clan to be forced into servitude.

When Purna suddenly returns to contest the local elections, Rakib is, at first, a bit upset to have his peace disturbed, not to mention being intimidated by the older man, a grizzled authoritative whippet-like figure. But when Purna begins to show him some attention – and even a little fatherly affection – he warms up: after all, Purna is a big personality, and his concise, urban wisdom is deeply impressive for a country boy.

This, of course, is how authoritarianism casts its spell on the worker, and as Purna’s driver and confidant, Rakib is easily flattered, granted special privileges and small favors here and there. Naturally, then, Rakib shares his boss’ concern when someone vandalizes Purna’s countryside. The culprit is a young man whose family livelihood is at stake – as a candidate, Purna is supporting a land grab that will bankrupt local farmers – so Rakib visits him. Inspired by Purna’s tactful defusing of a heated incident earlier, Rakib thinks an apology will suffice and takes him home to make amends. Instead, Purna inflicts a vicious beating, leaving the young man for dead.

This sudden escalation is masterfully handled, leaving Rakib shocked and terrified, a reaction made horribly plausible thanks to Swara’s flawless performance. And from here, Autobiography becomes something of a freak movie, as Rakib attempts to reconsider his allegiance despite knowing what kind of man Purna really is: a conceited, morally and literally corrupt psychopath. Fatherly advances, stares and touches – in one harrowing scene, Purna meets Rakib in the shower – suddenly take on a whole new dimension, while at the same time a moral dilemma arises: how to kill the monster without becoming the monster yourself. -same ?

Unusually for a film of this genre, the payoff is as good as its direction, and Mubarak’s rich and impressive film leaves a very strong aftertaste. Power corrupts, but Autobiography is a welcome reminder that this is a lesson no one – no one – will ever truly learn.