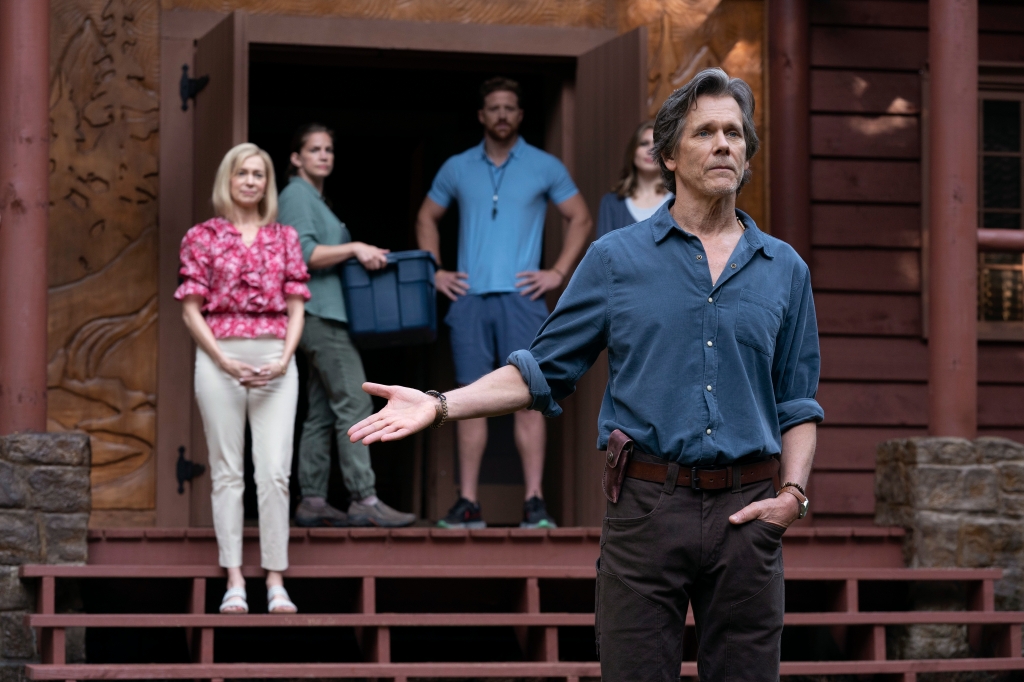 A new horror film about the terrors of conversion therapy is coming to Peacock. “They/Them,” a horror film produced by venerable production studio Blumhouse and starring Kevin Bacon, hits the streamer on August 5.

Bacon stars in the film as Owen Whistler, the director of a conversion therapy camp named Whistler Camp, who attempts to “transform” LGBTQ+ teens into straight and cisgender people. Set over a week-long session at camp, the film focuses on the various campers, led by trans and non-binary Jordan (Theo Germaine), as they experience the psychological torment of camp programming. When an unidentified killer begins claiming victims, the children must team up to protect themselves, both from the killer and from the camp staff.

Anna Chlumsky and Carrie Preston join Bacon in the film as members of the Camp Whistler staff. Quei Tann, Austin Crute, Monique Kim, Anna Lore, Cooper Koch, and Darwin del Fabro portray Jordan’s friends and fellow campers. The film will serve as the directorial debut for John Logan, best known for his Oscar-nominated screenplays for “Gladiator,” “The Aviator” and “Hugo.”

“They/Them have been sprouting in me all my life,” Logan said in a statement. “As long as I can remember I’ve loved horror movies, I think because monsters represent ‘the other’ and as a gay kid I felt a powerful sense of kinship with these characters who were different, forbidden or forbidden. I wanted to make a film that celebrates homosexuality, with characters that I never saw when I was little. When people leave the film, I hope that they will remember the incredible love these children have for each other and how that love should be protected and celebrated.