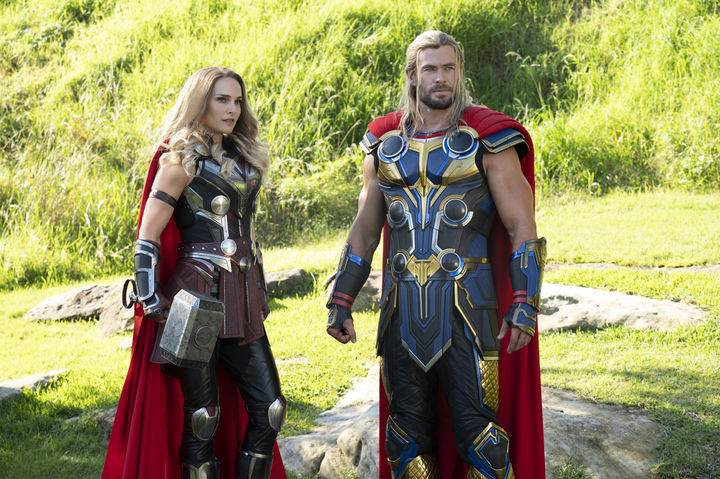 Of the 29 films in the Marvel Cinematic Universe, the latest installment – “Thor: Love and Thunder” – ranks somewhere in the middle.

It’s not as refreshing or new as its 2017 predecessor, “Thor: Ragnarok,” and feels a lot less daring than this year’s other Marvel blockbuster: “Doctor Strange in the Multiverse of Madness.” Its greatest strength, aside from some stunning visuals and an unusually touching subplot, is its villain.

In his most evil role since playing Dick Cheney in Adam McKay’s 2018 film “Vice,” Christian Bale plays Gorr the Butcher God, the last surviving sidekick of a god named Rapu. When Gorr witnesses Rapu’s callous reaction to news of the deaths of all his followers, including Gorr’s young daughter, Gorr claims a mystical god-killing weapon known as the Necrosword and with it swears to “kill all the gods”.

Gorr’s God Butcher comes at a time when one of the universe’s most famous gods, Thor (Chris Hemsworth), is searching for purpose. It’s not until Gorr kidnaps all of the children from Thor’s old kingdom, now called New Asgard, that Thor discovers his next mission.

In his quest to save the children, Thor rekindles his relationship with ex-girlfriend Jane Foster (Natalie Portman), who traveled to New Asgard after being diagnosed with cancer. She hoped to use Thor’s ancient weapon, the hammer Mjolnir, to heal herself, and in doing so, ended up assuming the superhero persona of Mighty Thor. Joined by Valkyrie (Tessa Thompson) and Korg (Taika Waitiki, who also directs the film), the two romantically entangled Thors battle Gorr at his base in the so-called Shadow Realm.

The moral of the story is that life is better spent fighting to protect those you love, but it was hard for me to really care about anything in the movie other than Bale’s performance as than Gorr.

I’ve been an annoying Bale fanboy since my early teens, when I first saw him in his most famous role as the butcher – the homicidal socialite Patrick Bateman in the 2000 Mary Harron film, ” American Psycho”, based on the novel of the same name by Bret Easton Ellis. . I’ve never met a Wall Street yuppie from the 1980s, but I felt Bale personified one perfectly: a young man whose disgusting arrogance and contempt for all other human beings oozes just behind a mask of vanity.

In the years since, I’ve come to believe that Bale is perhaps the best method actor of our generation.

His shocking willingness to completely transform his body for a role is enough to set him apart from almost every A-lister in Hollywood, but what really separates him is how he seemingly becomes the characters he plays. If you showed the average viewer “American Psycho” (2000), “The Machinist” (2004), “The Fighter” (2010), “American Hustle” (2013), “The Big Short” (2015), and “Vice” (2018) back to back, they might not believe you if you told them the same actor played the lead roles in every film – his dedication to the craft makes him almost unrecognizable in the roles he takes on.

So when I heard in 2020 that Bale had been cast as the villain in the next Thor movie, I was giddy. It was a kind of star power the Marvel Cinematic Universe had never possessed before, and the filmmakers clearly recognized it.

They haven’t masked Bale’s acting skills by rendering him completely in CGI, like they’ve done with other villains (eg Thanos and Ultron, which I realize might not be not fair comparisons, but still). They also improved his performance by emphasizing specific horror elements while on screen. He is almost always shrouded in darkness, which contrasts beautifully with his white robe and golden eyes, and his presence is usually accompanied by a chorus of childish, haunting whispers. His scenes are also the only ones where Waititi’s signature humor isn’t included, a clever tactic that effectively builds tension.

It’s hard to overstate the addition of Bale to this film. In my opinion, he’s the only reason you should see him. “Thor: Ragnarok” was a feat because it was completely original to the franchise – it prioritized humor, visuals, and soundtrack over action scenes. “Thor: Love and Thunder” is essentially the same movie, but less well done. It’s Bale’s stellar performance as a pious disciple-turned-god-slaying monster that will live on when every other aspect of this film is gone.