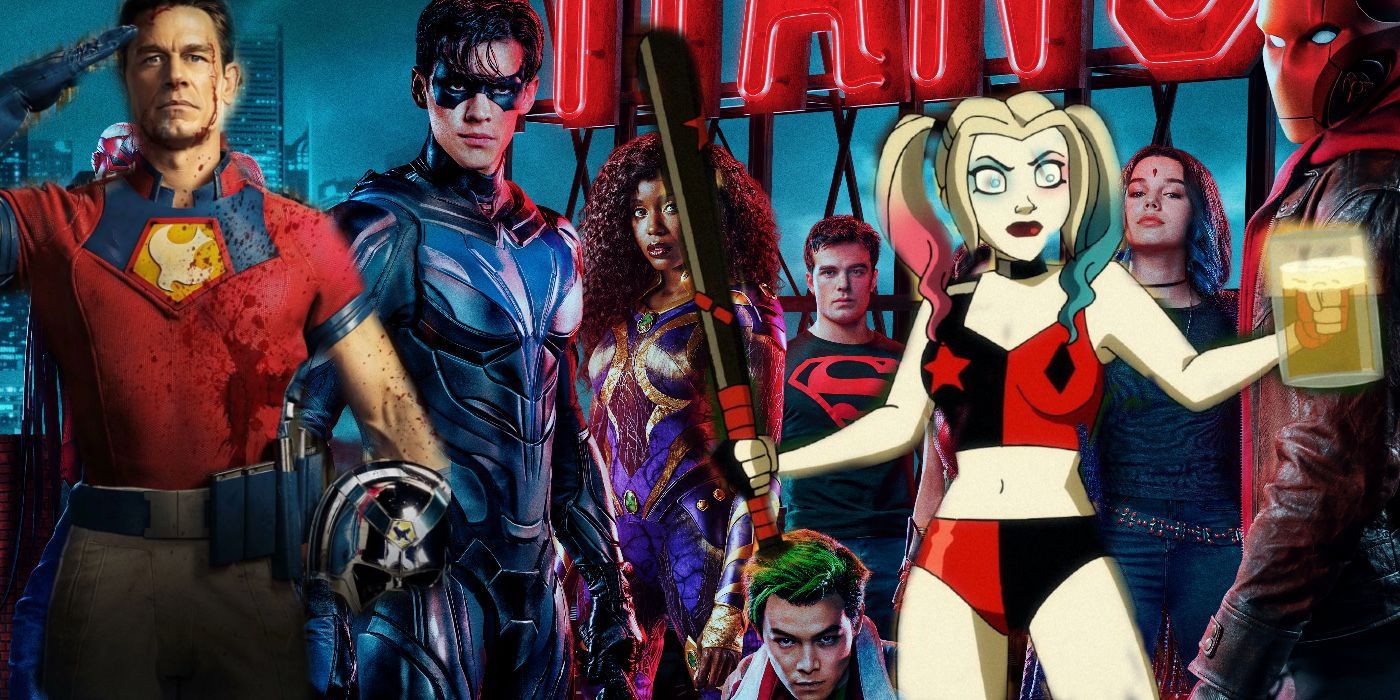 The Arrowverse is dying and DC is losing its television dominance. It’s time for DC to re-establish a strong TV and streaming presence.

For a very long time, it seemed like DC dominated the superhero space on television. They continued to produce hit show after hit show, from animation to live action. Even though Marvel seemed to create the best cinematic universe, DC ruled the television airwaves. But not anymore. The Arrowverse is quickly dying, with one cancellation after another. Marvel has been ramping up TV series production quickly, and fans seem to be enjoying most of it. Warner Bros. Discovery may want to look for ways to reestablish its position in the world of television.

DC is known for its many successful series, like Smallville, Batman: The Animated Series, Justice League: Unlimited and Arrow. The company continued to successfully market its characters through captivating and thrilling television. While Marvel had occasional hits, like Agents of SHIELD, DC generally had the strongest TV presence. Everything has started to change in recent years. Marvel Netflix shows became huge hits and the popularity of the Arrowverse began to decline. Now with Disney+ shows and other companies creating superhero shows, like Prime Video The boys, DC is falling behind. Creating more high-quality programming can help them rebuild their superhero television monopoly.

RELATED: Forget The Arrowverse: The CW Itself Is Dead

DC continues to have a strong portfolio of shows on HBO Max. Titans, Doom Patrol, Harley Quinn and Peacemaker are all still solid programs that help drive the streaming platform forward. Whereas the flash and Superman and Lois are still doing well on network TV. It’s still a far cry from the TV empire that DC had. One area that’s missing is their animated shows. DC TV fans have always loved his animated series and are generally excited to see another one. By bringing together more animated series, DC could still control a market that Marvel leaves relatively untouched. Fans are eagerly waiting Batman: The Masked Crusader and HBO Max’s new Kite-Man spin-off show.

What can help replenish their television library is creating shows related to their feature films. The best example of this is the shows that are in development because of The Batman. Many fans loved it The Batman and are desperate to know more about this universe. By building series related to the movie, it can allow smaller developments to happen in the series without having a profound impact on the next movie. The Penguin show is a prime example. This will allow fans to see Penguin’s development from goon to crime boss, but people watching the next film won’t necessarily be lost by not seeing the show.

RELATED: The Arrowverse Turns 10 and Dies a Painful Death

Peacemaker is another way to tie their movies and TV together. The series is truly a standalone show, and even someone who hadn’t seen The Suicide Squad could enjoy and understand the series. For fans who watched both, they can be satisfied to see more connectivity and Easter eggs. Creating a show that works for both movie fans and people who just want to watch the show is a great way to ensure that audiences don’t feel like there’s too much to see. just to understand one piece of content.

DC was once a powerhouse in the world of superhero television. They had great anime series, fantastic standalone shows, and even their own massive interconnected universe. That golden age has passed for them, however. The emergence of high-quality superhero shows on streaming networks began with the decline of DC’s monopoly on superhero television. Restoring his stake in this arena can help regain fan trust and boost interest in the streaming service.

Got questions about Batman? Want philosophical debates on Star Wars? Do you like a constant stream of pop culture media? If the answer is yes to any of that, I’m your guy! I am an avid comic book reader/collector and have been writing for CBR for over a year! Follow me on Twitter @JamieParker03