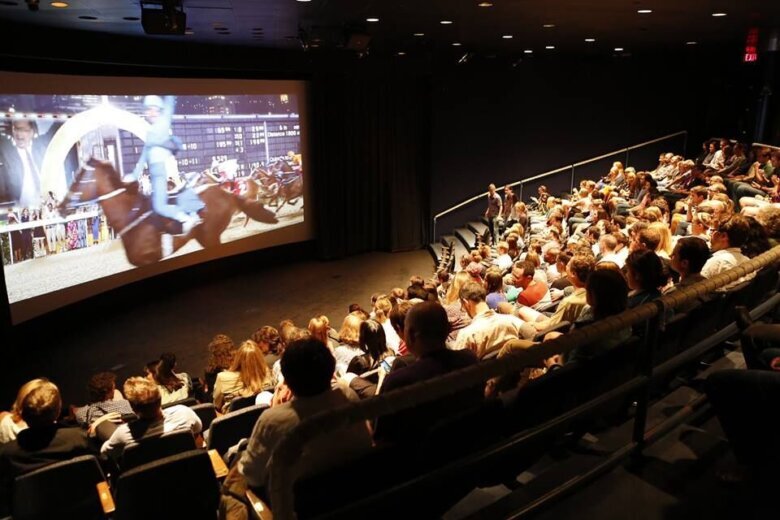 The annual DC Shorts International Film Festival returns in person this weekend, with a few changes.

Even the best local traditions sometimes deserve a remix. The annual DC Shorts International Film Festival returns in-person Thursday-Sunday with an additional week of virtual programming next week from September 12-18.

“This is my first chance and I have lofty ambitions for the DC Shorts International Film Festival brand,” new executive director Beau Canlas told OMCP. “I just hope that with the return in person, we can remix things a bit, but bring back the traditions that have made DC Shorts so great since 2003.”

A native of Rosslyn, Va., Canlas has experience running various festivals in the area, most recently bringing 18,000 people to the Asian Festival on Main in Fairfax, Va.

“There are narrative shorts, documentary shorts and avant-garde shorts – and the avant-garde is where I fit in,” Canlas said. “Experimental atmosphere!

Not only is the festival under new management, but it’s also taking place in a new location, moving from the usual E Street Theater in downtown DC to the Alamo Drafthouse Theater in the Northeast.

“Alamo Drafthouse is a franchise, but the Northeast one actually has a Smithsonian and Spy Museum theme,” Canlas said. “With this year’s lineup, 29 different countries and six continents are featured. […]There were more shorts directed by women than any previous year with a total of 51 female directors.

While the lineup is international, don’t miss the Homegrown Showcase where “Barry Farm” director Sam George will present the world premiere of “Keep Talking,” while Sara T. Gama explores famed DC muralist MiSS CHELOVE. “Those beautiful murals you see on the sides of buildings as you walk through DC, that’s quite a story,” Canlas said.

After the movies, you can enjoy an after-party at the Highbinder Bar adjoining the Alamo Drafthouse cinema and the awards closing ceremony at Bar Deco.

Listen to our full conversation here.

Get the latest news and daily headlines delivered to your inbox by signing up here.

© 2022 OMCP. All rights reserved. This website is not intended for users located in the European Economic Area.