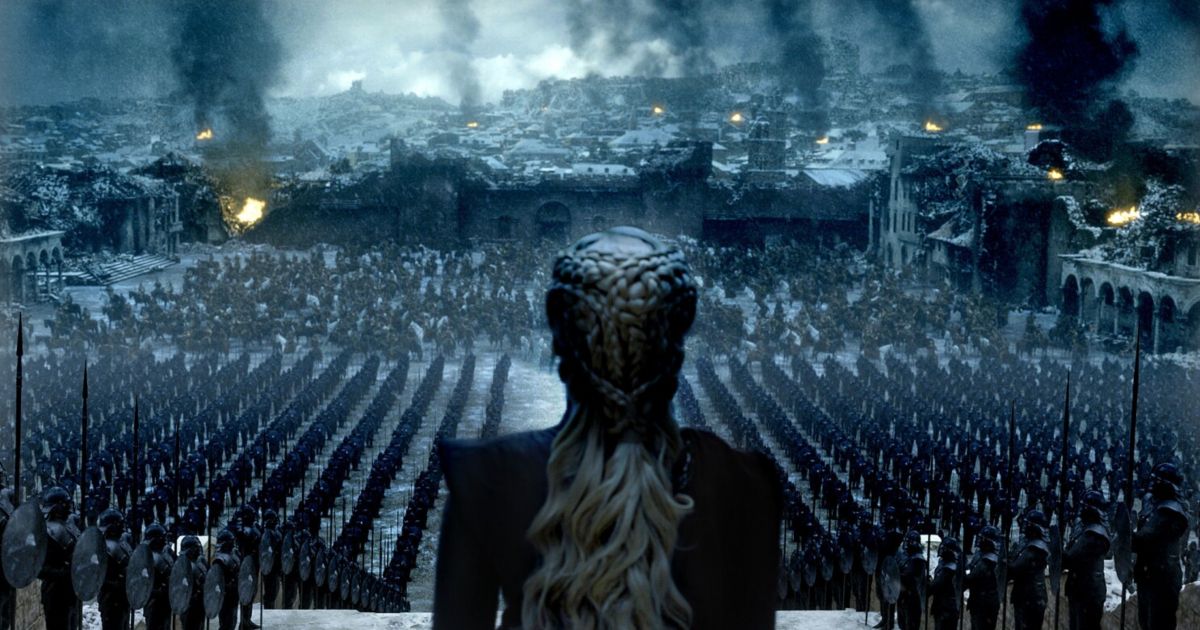 After spending years with television characters and developing a genuine care for them, it’s hard to say goodbye. This is why there is a lot of pressure when creating a final episode, especially for a series that has been airing for a very long time. The pressure combined with multiple storylines that need to be closed is sometimes a recipe for disaster and the reason why a beloved series can become the object of fan hostility.

There have been series that had good endings, like breaking Bad and Friends. However, these are still very rare these days. The end of Lost is probably one of the most talked about and, for lack of a better word, hated in the world. Unfortunately, one of the most successful series at the time ended in a way that left most fans disappointed. This is just one of many examples of shows that created stories so complex that it became impossible to finish them with the same level of quality as previous episodes and seasons. It’s extremely difficult to end a complex story in the right way, as evidenced by these excellent shows. Here are some finals that disappointed fans.

Gilmore Girls had one of the best mother-daughter relationships on television. It was fun and heartwarming to watch their relationship grow as Rory got older. However, the ending felt rushed and the whole of last season seemed to miss the central feeling of the series. It’s no surprise that the show’s creators left before this season started, which ultimately led to its cancellation. After a few years they had a chance to live again, but it was also disappointing and didn’t feel like the show so many people loved.

Related: Better Call Saul and the Possibility of Redemption: Thoughts on the Series Finale

Chilling Adventures of Sabrina was a nice addition to the young adult horror series on Netflix. Set in the same world as Riverdale (Sabrina even returned to the new season of Riverdale) the series was based on an Archie Comics series and the previous classic series from the 90s Sabrina the Teenage Witch. The modernized series dealt with various relevant topics such as gender, sexuality, women’s rights and mental health. So when one of the characters commits suicide in the last episode so that they can find another character in hell, it seemed like a bad joke to the fans.

Having a secret identity that won’t be revealed until the end of the show is a big deal. Various series that have done this, such as Pretty little Liars (another show set in the Riverdale universe), which struggled to meet the expectations created after years of following the story. Unfortunately, Gossip Girl was no exception. The main problem was that the gossip girl’s identity was changed mid-series because fans figured out who she was supposed to be. Not only that, but many other characters, such as Nate Archibald, had dark, unsurprising endings that didn’t make sense with the subject of the show.

X files changed television; it’s basically a fact. This sci-fi crime procedural had nine seasons and two movies before its end, and years later the series was renewed and resulted in eleven seasons. Nevertheless, fans felt that the series had reached its limits (which David Duchovny even agreed, as Mulder had left the series in its seventh season), and that the ending that was given to long-time viewers was unresponsive. not up to expectations of what the series could offer.

Related: David Duchovny Would Still Be Up For An X-Files Comeback

The dual identity and unwanted pregnancy didn’t sit well with the iconic FBI duo, or the public. The true original finale of X files was the least-watched finale of all seasons of the show, which is saying a lot. The follow-up film after the end of the series, The X-Files: I Want to Believewas surprisingly great, even if it didn’t provide the kind of epic closure that fans wanted.

from the BBC sherlock had what many people consider to be the best portrayal of Sherlock Holmes. However, the complex cases, incredible cinematography and the impossible not to love duo, Watson (Martin Freeman) and Holmes (Benedict Cumberbatch), did not hit the mark in the finale – and the final season. of the series as a whole. The series has not been technically canceled but has not been renewed by the channel either. There’s still hope that these actors can make a comeback and end the show as it should: with something that only Holmes could come up with.

Dexter quickly became the world’s most beloved serial killer. So, after following the various characters and progression of Dexter’s arc notably for eight seasons, the ending was hugely disappointing for fans. There was no real payoff for the protagonist, the actual decisions and plot were wildly illogical and improbable, and most of the storylines that unfolded throughout the show didn’t close. The ending felt incomplete and a bad goodbye for this series. Dexter: new blood brought back the title character, but also didn’t end in a way that makes longtime fans happy.

2 how I Met Your Mother

how I Met Your Mother had everything going for it: the characters were compelling, the jokes were funny, and audiences developed a close relationship with the group of friends over nine years. However, having focused all of last season on a couple who just broke up in the final episode just for a plot twist, felt absent from other stories in the series and even felt like cheap bait and switch. The finale really didn’t live up to the expectations it created after such a long time, and the spinoff series how i met your father doesn’t seem to fix anything.

game of thrones had probably the most anticipated final season in modern television history. Sadly, most of the fans didn’t like the whole season and absolutely hated the last episode. From significant character changes that didn’t make sense with their arcs and motivations in previous seasons, to some tough decisions about the Iron Throne, the game of thrones The finale was a deeply messy way to end one of the greatest fantasy spectacles ever made. The writer of the novels has stated that he hasn’t been hugely present in the later seasons (and didn’t even write the books they were supposed to be based on), and it definitely shows. Hope this doesn’t ruin the experience of the upcoming big budget prequel, Dragon House.