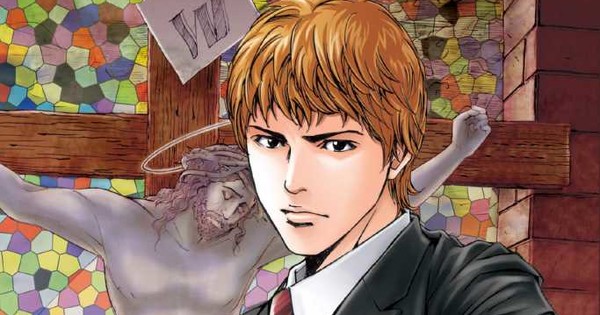 The entertainment information service Variety reported on Monday that Tadashi Agi and Shū Okimoto‘s The drops of God (Kami no Shizuku) manga inspires a live-action TV series that will be multilingual as a collaboration between American, French and Japanese companies. Legendary television, Dynamic Television, France Televisions, and Hulu Japan support the project and produce the project with Adline Entertainment.

The story features a woman who discovers that her ex-father left her the largest collection of wines in the world by will. But, to claim her inheritance, she has to compete with a Japanese man her father considered a son and possibly more.

Variety reports that filming for the project has already started in France, Italy and Japan. The eight-hour-long episode series will star French actress Fleur Geffrier (She) as the protagonist and Yamashita Tomohisa (Head, Toronto Man) like its Japanese rival.

Legendary television ensures worldwide distribution outside France and Japan. Hulu Japan will broadcast the series exclusively in Japan alongside its world premiere.

Siblings Shin and Yuko Kibayashi – under the pseudonym Tadashi Agi – spear The drops of God manga with artist Okimoto in Kodansha‘s Morning magazine 2004. A live-action series based on the manga that aired in Japan in 2009. The manga ended in June 2014, and the 44th and final compiled book volume shipped in July 2014. The manga’s final arc , entitled Wedding ~Kami no Shizuku Saishūshō ~ (Marriage ~ The Drops of God Final Arc ~), launched in May 2015, and it ended in October 2020.

Comixology and Kodansha Comics published the manga in English digitally.

Throughout its serialization, the manga had driven sales of the wines depicted in the story. The French wine magazine The Revue du vin de France recognized the manga, giving it the magazine’s top prize in 2010. The New York Times also featured the manga in its Dining and Wine section in 2008.