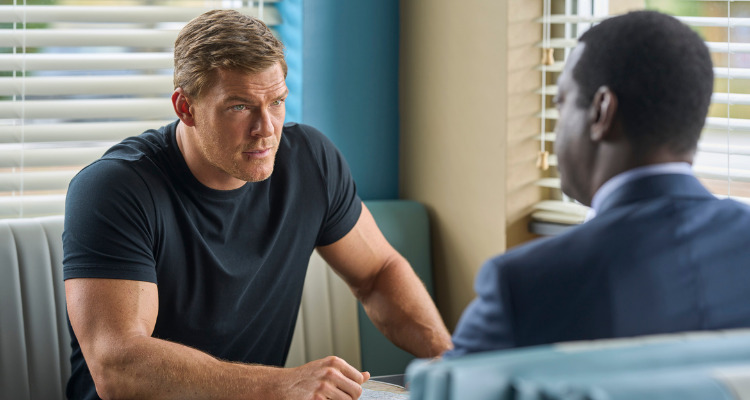 There are a lot of posts popping up online about Jack Reacher right now due to the success of the recent streaming series starring Alan Ritchson. As fans HAPPY with the adaptation point out, this time they chose the cast well.

A lot of people are confused because of the two Tom Cruise movies because most people who have seen them have never read the original Lee Child novels.

Basically, Jack Reacher, the fictional hero, suffers from what I call Weismueller Syndrome. This is where a fictional character is confused with the film or television version’s portrayal of themselves.

In the original 24 Tarzan novels by Edgar Rice Burroughs, the Lord of the Jungle is an intelligent and eloquent man who speaks several languages, including French, English, German, Latin and several dead languages ​​(a polyglot , learning languages ​​is Tarzan’s hobby) as well as Ape.

In popular films of the 1930s, Tarzan, played by Johnny Weissmuller, speaks rudimentary English and is childish. Unfortunately for Burroughs, this is the version of Tarzan the general public knew.

At first, Burroughs was happy to cash those big MGM royalty checks and see his book and merchandise sales skyrocket! Over time, it irritated Burroughs that audiences thought of Weismueller’s version, not the original to the point where he wrote the script for an original Tarzan movie he helped produce and he cast Herman Brix. like Tarzan.

Not only did Brix look more like Tarzan than Weismueller – his physique was edgy and ripped, unlike the limp body of the swimming champion – he also spoke like Tarzan in the books. In fact, Herman Brix also strongly resembled Hal Foster’s cartoon designs!

It was the real Tarzan – the closest adaptation yet since the Silent Age.

But since audiences were used to Weismueller’s crass speaking version, not Burroughs’, when Weismueller eventually lost the role to Lex Barker, the new Tarzan movie still used the crass English made famous by Weismueller.

Until the Wolf Larson version of Tarzan in the 90s, actors like Glen Morris, Denny Miller, Gordon Scott and other portrayals of Tarzan were based on Weismueller’s original version, not Burroughs’. Scott di plays Tarzan both ways. Finally, Mike Henry and Ron Ely were allowed to portray Tarzan closer to Burroughs’ version than Weismueller’s.

Sometime in the ’80s, Saturday Night Live had a recurring sketch of Tarzan, Tonto, and Frankenstein with all three speaking raw pidgen English.

Poetic irony! Mary Shelley’s Frankenstein monster spoke in perfect poetic English rivaling Lord Byron himself! But the Boris Karloff movie version had an even more limited vocabulary than the Weismueller version of Tarzan! And this is the version that the public has become familiar with.

Apparently, author Lee Child learned nothing from any of this. A few years ago, when Hollywood made a movie about Jack Reacher, Tom Cruise got the wrong role! Short, dark and of medium build, Cruise bears ABSOLUTELY NO LIKENESS to Jack Reacher in Lee Child’s books.

In the books, Reacher is 6’5 and 240 pounds of solid muscle. His raw strength plays a central role in the books as Reacher goes through things that would put an ordinary man in the hospital. His Herculean physique IS Jack Reacher’s weapon. He doesn’t own a gun, but he usually gets one when needed by disarming bad guys.

Jack Reacher’s novels are entertaining and enjoyable, but if you’re looking for realism, you’re on the wrong tree. All the author’s intention with Jack Reacher IS pulp fiction. It’s his vision of what Conan the Barbarian would be like in the modern world.

A pro fighter with no fixed address, who travels and gets into trouble and misadventures. I saw the novels everywhere but I didn’t pay attention to them. To me, they felt like generic thrillers. Then I read an interview where it was explained that the idea was to create a modern Conan, and I decided to check it out. I was glad I did.

In Lee Child’s novels, Jack Reacher is portrayed as essentially resembling Dolph Lundgren from his Rocky 4 and Masters of the Universe days. He has that physique despite never having exercised or taken nutritional supplements.

Reacher does not do laundry. When his clothes are worn or dirty, he throws them away and buys new ones. He travels across the country, often by bus, gets into trouble and misadventures because of his stubborn and rebellious attitude.

The books are awfully fun, well-written in their own way, but it’s not James Lee Burke. Reading them entertains you immensely, but it doesn’t make you a better human being. The fallout is even better.

My only criticism of Lee Childs is that he doesn’t know much about firearms and it shows. He arms Reacher with a Desert Eagle with a 14-inch barrel in a book, and he hides it in the inside pocket of his denim jacket. The butt of this 4.5 pound pistol would protrude from the top of his coat.

It’s great fiction, but it couldn’t be any less “realistic” if Reacher rode a unicorn and had a magic sword strapped to his back. If you love larger than life superheroes like Conan the Barbarian, Doc Savage or James Bond, Jack Reacher is your man.

It’s a shame the role wasn’t offered to Dolph Lundgren in the 90s – he would have given an accurate take on the character, unlike Tom Cruise. Dolph Lundgren would have been Lee Child’s muscular misadventurer incarnate. If you’ve ever seen the 90s action movie Jericho Tree, it sounds a lot like a Jack Reacher adventure.

I read that the first movie “wouldn’t have been made without Cruise”. Well, if Tom Cruise really cared about Jack Reacher, he either wouldn’t have played him, or he would have changed the character’s name to Jack Fletcher so as not to confuse the audience as to what Reacher is.

When Alan Ritchson was finally cast in the role (most perfectly, I might add), the producers made sure he was tall and muscular enough to appeal to fans of the books. This tells me that someone involved in the production of the streaming series cared to get it right.

What do you think of Ritchson’s casting as Jack Reacher?