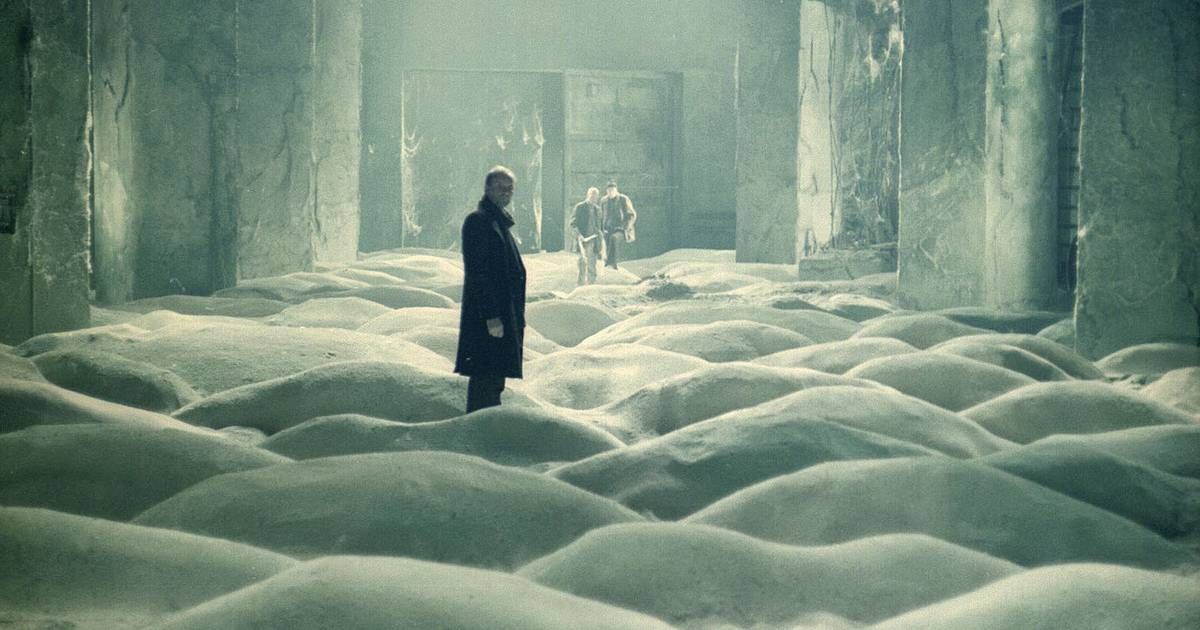 Andrei Tarkovsky has an unmistakable and eternal presence in contemporary cinema – from the first season of real detective Christopher Nolan’s blockbusters; in Alejandro González Iñárritu’s smooth panoramas, Terrence Malick’s associative editing, Tarsem’s elaborate staging and Lars von Trier’s use of color; in the way Nuri Bilge Ceylan depicts landscapes and elemental forces, in the quiet rhythms of Carlos Reygadas, Krzysztof Kieslowski, Bi Gan, Hayao Miyazaki and many other followers of slow cinema. Tarkovsky’s influence is exorbitant (it even extends to video games like HARLER), and his figure is intimidating to the masses: he has always been considered too elitist, obscure and extremely difficult to understand.

Tarkovsky’s very philosophical films are generally distinguished by this extreme simplicity beyond which all art stops, like the torn skin which exposes the bundle of nerves. Strongly influenced by his poet-father, the Soviet director continued his poetic traditions, but through a different medium. Seven years after the release of his film stalkerthe Chernobyl tragedy happened, and many pointed out with surprise obvious coincidences, down to details like the 4th bunker mentioned in the film corresponding to the 4th power unit of the Chernobyl nuclear power plant – predicting is not rare among poets, after all, and sometimes science fiction predictions come true.

Far Out underscores the popular sentiment that stalker “is not only his magnum opus, but quite possibly one of the greatest films ever made, revealing the hypocrisy of our empty dialectic and our petulant arrogance through a simple allegorical tale.” Location changes, re-shoots and full reshoots, the Chernobyl mystery and the multiple deaths of crew and cast, possibly contaminated by the chemical plant upstream of the film set, as well as Tarkovsky’s subsequent banishment from the Union Soviet – all of this added to the power of stalker, a film as beautiful as it is unfathomable. Since his first appearance on screen, stalker made an amazing impression, the meaning of which was clear to very few people.

Behind the scenes of stalker

It’s only fitting that one of the greatest sci-fi movies of all time had one of the toughest productions in movie history. According to the initial plan, most of the film was to be shot in Central Asia, in Tajikistan, not far from the old Chinese coal mines. Part of the film crew was already on the scene when a seven-point earthquake occurred, causing destruction and loss of life. A hastily chosen new location was an abandoned power station on the Jagale River in Estonia, which dictated a completely different construction of the staging and new staging decisions. The screenplay, adapted from the novel Roadside picnicbecame less and less fantastic and more and more symbolic.

The most radical change in the concept of stalker happened after the tapes of the 1977 set came out damaged, as the eponymous character transformed from a tough scoundrel into a weak, pleading Dostoevskyan saintly fool. The first propagandist of anti-montage cinema, Tarkovsky did not want to entertain but to absorb the viewer, so that the image would be disturbing, frightening and a little disgusting, but without any ornamentation or pretension, like a Japanese haiku.

At the end, stalker did not become an uplifting science fiction tale or a dystopia, but Tarkovsky’s interpretation The Wizard of Oza divine comedy of the late 20th century, embarking on a touristic journey into the depths of the human spirit, intertwining with saving the world and getting to know each other in the process.

The meaning of stalker

To this day, people are trying to decipher what Tarkovsky meant with this movie. From anti-communist and industrial ideas to religious interpretations, people seem to believe that stalker holds a powerful understanding of the meaning of life.

Some think that through the figure of the professor, Tarkovsky criticizes leftists as walking oxymorons, who cover up violence under the pretext of research and create bombs to protect peace – or the shortcomings of the industrialized society which creates all these technologies and artificial limbs, while people continue to starve.

stalker can be interpreted as a classic cinematic Christian allegory, with the Stalker being a Christian figure who attempts to bring others to faith. He asks nothing of the chamber (of God) because he is happy as a true believer. However, in recent years, stalker has also been seen through Zen and Taoist lenses.

stalker as a spiritual exercise

The intellectual masterpiece of science fiction stalker can be taken as a koans because the solution to the question here is impossible in the usual rational plan.

A koan is a paradoxical task given by a Zen master to a student, for example, “Hearing the sound of a clapping hand!” By attempting to solve (or sit with) a koan, the student discovers a realm inaccessible to the intellect. , with its own paradoxical laws. Koans bring us closer to satori (enlightenment, a sudden understanding of the essence of things as such, existing outside of our verbal description).

Like a zen koan, stalker poses a question that can only be answered in another dimension of consciousness. The Stalker lives in a world whose meaning cannot be explained or disproved by logical or psychological arguments. His passion for the adventure towards the room is irrational. Tarkovsky’s film as a whole is a koan because it contains an intriguing puzzle but dodges its solution. However, after penetrating the intuitive and mystical layers of your consciousness, the viewer discovers that there is no enigma in the film. The film was just the beginning.

Related: These Are Some Of The Most Hypnotic Movies Of All Time

Regarding Taoism, explains Dan Clipca, the Zone symbolizes the human spirit, and the characters realize that the meaning of life is not in the room itself but in the process of reaching it, encouraging presence in the instant.

The Stalker tells the story of Porcupine, who had lost her brother on the Zone’s deadly treks and came to the room to bring him back to life. However, upon returning home, he discovered not his miraculously undead brother, but a pile of cash. Porcupine’s tragedy is that he realized he wasn’t the big, selfless person he thought he was. His deepest subconscious desire was not to get his brother back but to get rich. Unable to cope with this realization, Porcupine ended his life.

The writer and the professor realize that they are not ready to face their inner demons. The Film Cred writes, “The Zone then becomes a sort of supreme character judgment that examines the soul of each traveler and exposes their true character.” It’s not all grim, however.

As Tarkovsky said: “stalker is a tragedy, but the tragedy is not hopeless. Tragedy purifies man. I believe it is only through a spiritual crisis that healing begins. At the end of the film, Stalker’s daughter, raised in love, displays miraculous powers. She is the hopeful future, perhaps meaning that miracles are much closer to us than we think.