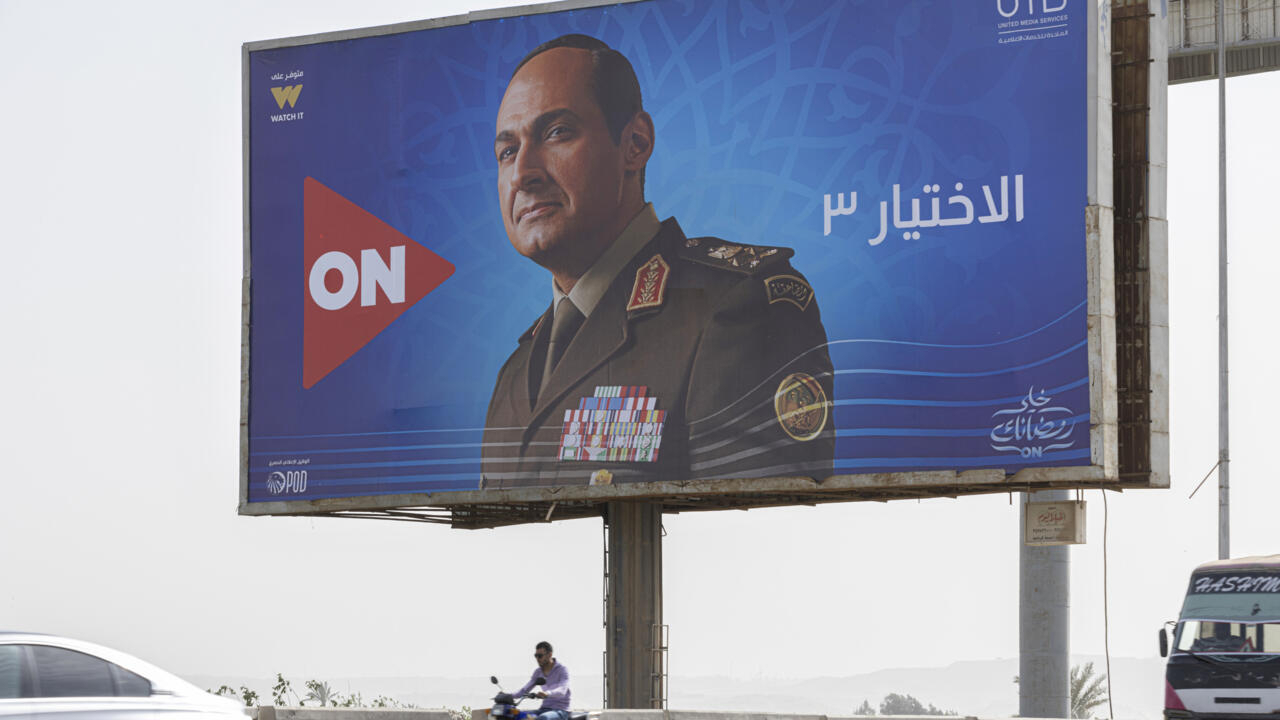 In Egypt, the president is a hero of Ramadan TV

Cairo (AFP) – As Egyptians celebrate the Muslim fasting month of Ramadan, they are treated to a hit television series that celebrates their army marshal-turned-president, Abdel Fattah al-Sissi.

Fans hail “Al-Ikhtiyar 3” (The Choice 3) for enlightening the masses about Egypt’s turbulent recent history. Critics see it as propaganda from a regime that rules with an iron fist.

The 30 episodes – watched by millions after the traditional sunset iftar meals – trace the journey of the then defense minister who in 2013 toppled Islamist President Mohamed Morsi as he became head of state.

Sahar Salaheddine, a columnist for the state-run Al-Goumhuriya newspaper, praised the military-sponsored series for “showing the love the people have for their president”, and the actors for being “soldiers of soft power”.

The Egyptian Human Rights Front reported that lawyer Nabil Abu Sheikha, after mocking the show on Facebook, was arrested on April 11 on charges of “spreading false information” and belonging to a “terrorist” group.

Although the state prosecutor’s office did not comment on the case, local media reported citing unnamed “security sources” that Abu Sheikha was being prosecuted over an old case, without mentioning specifics.

Writer Shady Lewis Botros argued in an op-ed that Galal’s performance evoked “equal amounts of admiration and ridicule” and that, “like the regime’s entire propaganda machine, she becomes a mechanical replica of herself. -same”.

“Educate the next generation”

In 1996, “Nasser 56” told the story of Gamal Abdel Nasser nationalizing the Suez Canal in a two and a half hour black and white epic.

In 2001, Nasser’s successor, Anwar al-Sadat, got his own biopic, “Days of Sadat”, with the lead role also played by the actor who played Nasser, Ahmad Zaki.

But Al-Ikhtiyar isn’t looking to the past, according to one of its screenwriters, Baher Dowidar, who says the show is made for future Egyptians.

In the private Al-Watan newspaper, Dowidar said the series will serve as nothing less than a “history book” in 50 years.

The aim, says the local press, is “to educate the new generation” about Egypt, where more than half of the 103 million inhabitants are under 25 years old.

Those who don’t remember the summer of 2013 must see “the state’s efforts to protect them from terrorism,” a state-run newspaper said.

The show is a fictionalized look at Morsi’s last 96 hours in power,

Morsi, who belonged to the Muslim Brotherhood, was elected in 2012 following the Arab Spring protests and died in prison in 2019.

A power grab saw the military deposing Morsi and then violently crushing protests by his supporters in what Human Rights Watch called ‘one of the world’s largest single-day killings of protesters in recent history’ .

A highlight, trailers for the TV show promised, were to be a series of leaked videos allegedly exposing Muslim Brotherhood leaders, including Morsi.

A clip of seemingly real footage shows Morsi warning the late Field Marshal Mohamed Tantawi, who was then de facto president, of “unpredictable trouble” if he does not win the presidential election.

Although the series never provides the footage, it appears that it was shot by the military without the knowledge of Islamist leaders.

Lawyer Sherif Gadalla said in a formal complaint he believed the video showed Tantawi had a habit of “secretly recording his visitors”, and claims the footage should never have been released.

A staunch supporter of Sissi, Gadalla in his complaint targets the director and producer of the show, and not the government, believing that “the Egyptian state apparatus is far too intelligent to be at the origin of the leaks”.