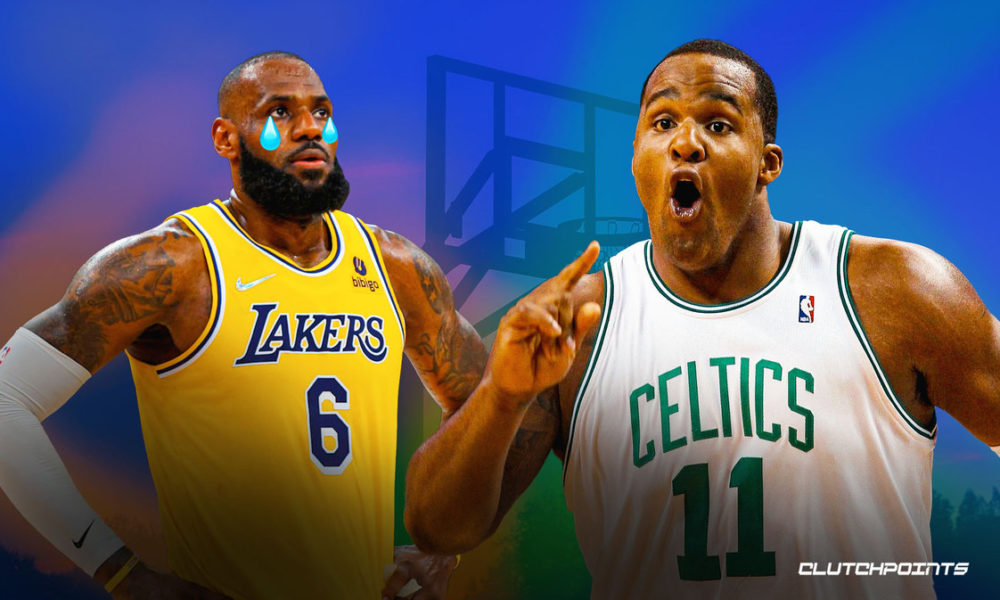 Los Angeles Lakers superstar LeBron James has taken a lot of heat after claiming Celtics fans are “racist as f–k”. King has just guaranteed that he will be public enemy No. 1 for Boston fans this coming season, and probably for the foreseeable future.

Former Celtics big man Glen Davis, who helped Boston win the title in 2008, echoed LeBron’s controversial statement. During a recent guest on the All the smoke podcast with Matt Barnes and Stephen Jackson, Davis fired James for slandering Celtics fans:

“I love Bron,” Davis said (h/t Jonathan Sherman of the Cavaliers Nation). “Bron is a great guy. I love what he does. It was just crazy to babysit that mother f—–. He cries though. He cries. Don’t worry, he cries, but he plays hard. But he is still crying.

That’s tough talk coming from a guy whose nickname is Big Baby. In this particular case, Davis claims it’s LeBron whining while lashing out at Celtics fans. Davis acknowledged the respect he had for the Lakers superstar, but that didn’t stop him from calling James a “baby” on several occasions.

To be fair, LeBron James’ shot at Boston fans was pretty vicious. He got brutally honest about how he felt about them and he didn’t shy away from broadcasting his thoughts. This obviously won’t sit well with Celtics fans, and it will be interesting to see what kind of reception LeBron receives the next time he visits Boston.