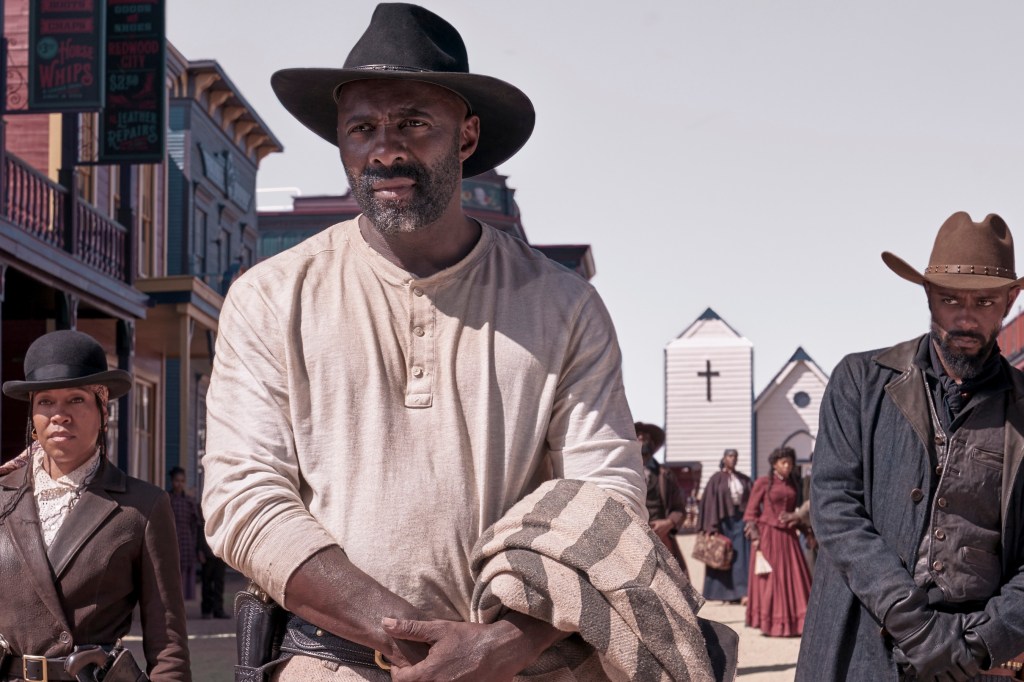 The 65th BFI London Film Festival hosted the world premiere of Netflix The more they fall, directed by Londoner Jeymes Samuel, as the opening film.

It will be screened on October 6 at the Royal Festival Hall at the Southbank Center in the British capital.

Organizers said on Wednesday that Samuel is expected to attend “with key players including Jonathan Majors, Zazie Beetz, Regina King and Idris Elba.”

There will be simultaneous preview screenings in UK cinemas. The film will debut on Netflix on November 3 following its release in UK theaters.

“When outlaw Nat Love (Majors) finds out that his nemesis Rufus Buck (Elba) is released from prison, he assembles his gang to hunt down Rufus for revenge,” according to a plot description. “Those accompanying him in this confident and fair new-school western include his former sweetheart Stagecoach Mary, his right and left arms – hot-tempered Bill Pickett and quick-drawing Jim Beckwourth – and a surprising opponent turned ally. Rufus Buck has their own fearsome crew, including ‘Treacherous’ Trudy Smith and Cherokee Bill, and they’re not a group that knows how to lose.

Samuel said: “Growing up in the UK, the festival has always been the highlight of my year, and I couldn’t have imagined anything better than including my first film in this year’s lineup.

Tricia Tuttle, Director of the BFI London Film Festival, said: “Jeymes Samuel has come out with both guns with his fast-paced, witty and incredibly entertaining new western.” She added: “It’s brutal and funny genre cinema, sometimes making you laugh and gasp in the same breath, while each of its mega stars absolutely burns the screen, working on a cleverly written script by Samuel and Boaz. Yakin who reveals tenderness even in the darkest wicked heart. It’s rare for a first filmmaker to pull off something so ambitious and accomplished in his first feature film, and Samuel knowingly takes his hat off to the ancestors of cinema, but delivers also an inventive and unique film It is a total joy for us to open the festival with the work of a London filmmaker.

In 2020, the festival moved most of its activities online amid the fallout from the coronavirus pandemic. Steve McQueen and Letitia Wright helped raise the curtain on the 2020 edition as his feature film Mangrove – one of his five films at the BBC / Amazon Small Ax anthology – had its European premiere in the British capital. Due to the COVID-19 crisis, the usual red carpet was dropped with the post-screening reception, with a very small audience at BFI Southbank.

The London Festival will run from October 6 to 17.