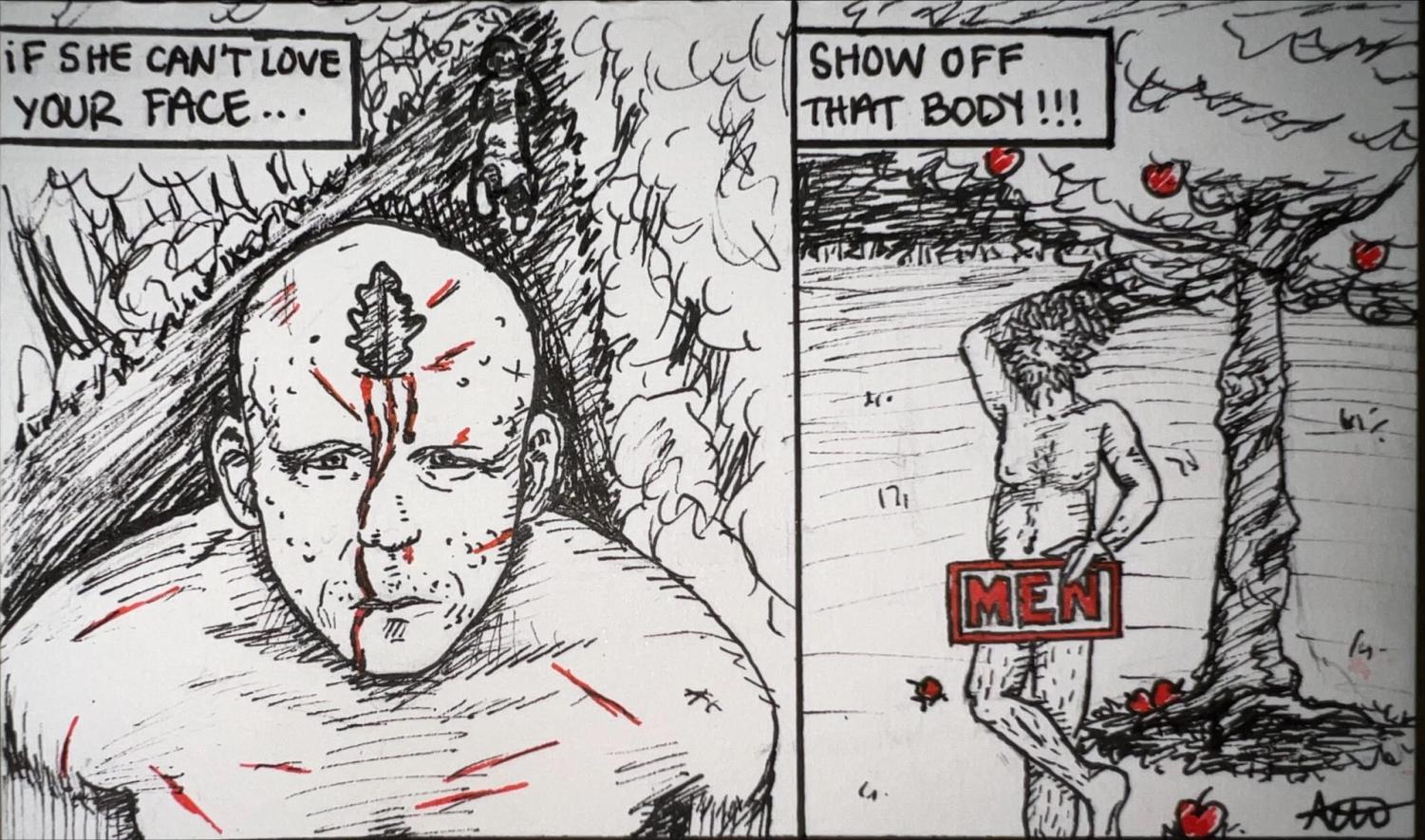 “Men” is the latest A24 horror movie with a one-word title that takes itself too seriously. While the film has gorgeous cinematography and stellar performances, the unsatisfying story and metaphors leave a lot to be desired.

Alex Garland is a filmmaker who has shown a lot of promise. Her previous two films, “Ex Machina” and “Annihilation,” were both hits with critics and audience members. Given its decent track record, I was moderately excited to see this film. Unfortunately, “Men” is not of the same caliber as his other two films.

The film follows Harper, played by Jessie Buckley, a woman whose husband committed suicide when she told him she wanted a divorce. To clear her mind and heal, Harper takes a vacation in the English countryside. She stays in a remote village where many of the men who live there start rubbing Harper the wrong way. After being followed by a mysterious figure on a walk in the woods, Harper begins to fear for her life, which completely ruins her vacation.

One of the few positive aspects of this film are the performances. Buckley’s raw emotion is very compelling and believable. Even though I didn’t like this movie overall, I can’t fault his performance. The other main actor is Rory Kinnear, who plays all the men in the village. I love when actors play multiple characters in the same movie, and it’s no different here. Kinnear is able to play distinctly different characters, while maintaining commonalities in their unsettling nature. Without spoiling the film, there is something wrong with these men and it portrays them perfectly.

While I love Kinnear’s performances, the heaviness of the film’s message takes them away. With a title like “Men,” you can tell this movie isn’t subtle about what it’s aiming for. Although it’s a horror movie, it’s very clear that Garland wanted to make a movie about men’s treatment of women. As a concept, I really like it, but the movie falls apart with its execution.

Harper is a woman haunted by grief and guilt. His feelings are further aggravated by the men of the village. Men constantly make derogatory comments to her that blatantly expose the theme of the film. In one scene, a priest, played by Kinnear, simultaneously tells her that “men sometimes hit women” and that she is responsible for pushing her husband to kill himself.

The movie is full of scenes like this. Harper is shamelessly told bad things by these men, causing her to blame herself more for the death of her ex-husband. My problem with the message of this film stems from the lack of subtlety or tact in delivery. This is more evident when the men are played by the same actor. I believe the message here is “all men are the same and protect other men”, which is an interesting idea to have in a horror movie. It is brought to its knees, like all the other interesting ideas in this film, by the overt nature of the film.

This film lacks any form of subtlety. As soon as I saw the first trailer a few months ago, I knew exactly what it was going to be. Sometimes that’s fine, like for a slasher or an action movie, but for a movie that wants to be considered “high horror” or wants to be considered smarter than your average horror movie, it’s is bad news.

I legitimately think this concept could work, if it were written and directed by a woman. I saw this film with two of my friends, both women, and they had as many problems as me, if not more. The film wants to talk about “the female experience”, but being written by the male director, it is not able to achieve this.

As we were leaving the theater and discussing what we had just seen, a friend of mine said something very poignant.

“This movie gives me the same feeling as those men who claim to be feminists and say how much they hate men just to make themselves seem dataable,” Allison Freeman said.

I give the “men” one and a half stars out of five.

10 Characters Most Likely To Join The MCU