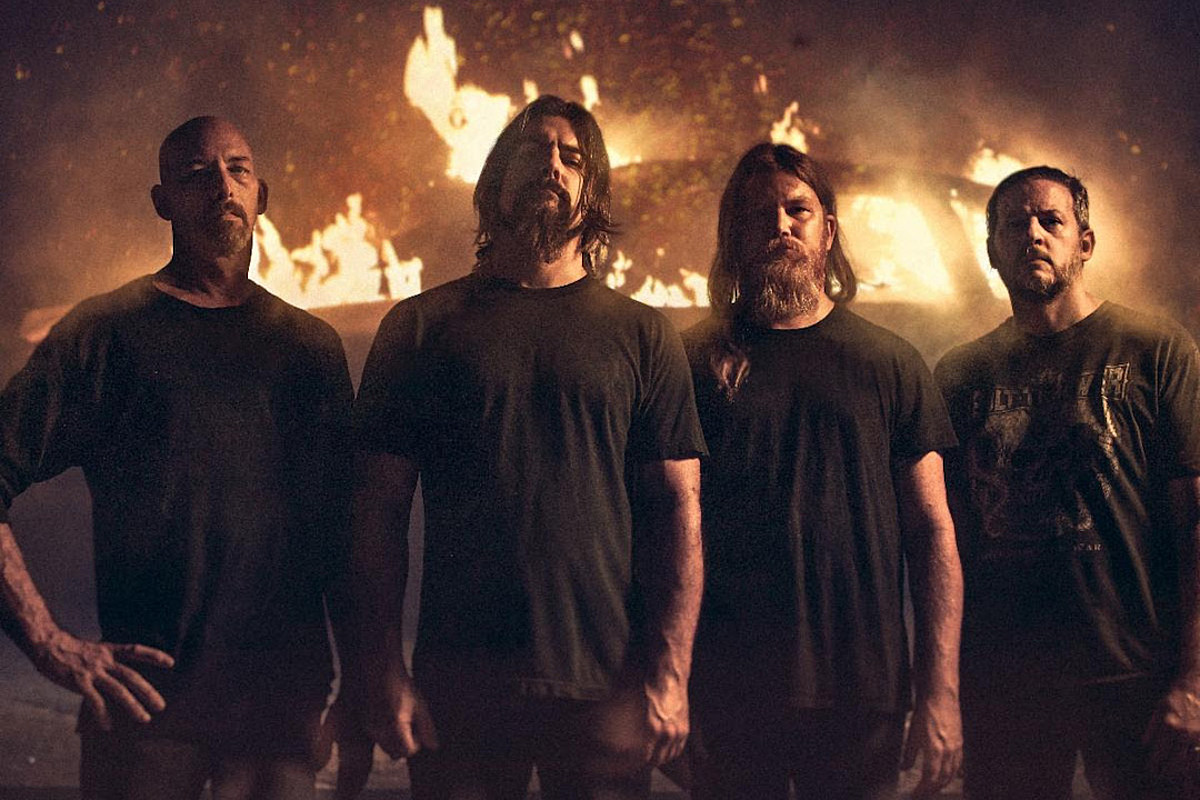 The new record, scheduled for May 13, follows the exceptional effort of 2019, Power Rituals, and the first on Misery Index’s new label, Century Media. Produced by Fit For An Autopsy’s Will Putney and mastered by Jens Bogren at Fascination Street Studios, Complete control is shaping up to be another deliciously violent affair, as exemplified by “The Eaters and The Eaten,” which carries Misery Index’s signature blend of chunky death metal grooves and sinister melodies.

“We are delighted to present our new album Complete control – a nine-track opus of vitriolic pandemic-spawned death metal that draws heavily from our gritty and lingering hardcore and grindcore influences,” bassist/vocalist Jason Netherton began when reviewing the new record, who will be the seventh of the group.

“We tracked the album through September and October 2021, and it was then mixed by Will Putney before being mastered by Jens Bogren at Fascination Street Studios. The cover features the visceral and eerie work of visual artist Matt Lombard , which for us hammer home the contradictory forces of control and chaos that define our modern age,” he continued.

“The album’s central lyrical themes focus on these competing forces of control and chaos; they interrogate ‘power’ as something not always exercised with brute force in the modern age (through violence) , but more so as a control society where it manifests itself on an individual and autonomous level,” Netherton added before expressing his excitement for Misery Index’s upcoming tour with Origin and Wolf King. “Until then, see you soon and keep driving the nails!” »

Listen to “The Eaters and The Eaten” further down the page where you’ll also find album art and track listings for Complete control.

Misery Index, “The Eaters and the Eaten” Lyrics

Ancient ways trapped in monetary grip
Sons and daughters slaves to wages and whips
Our way of life crushed, as our lives drown in work
Is this what we should think a human life is worth?

Burned fields and broken black factories
Echoing the names of the dead who came before me
Who longs to breathe this acrid and sour air?
Who among us bleeds for a better life beyond despair?

The eaters and the eaten, eaten alive
Hours spent in the shade of the mill
Days turn to weeks as our blood spills out

From the rare earth mine to the skid line
Survival is a burden, we can’t let go
The eaters and the eaten, eaten alive
Hours spent in the shade of the mill
Days turn to weeks as our blood spills out

Falling through the cracks, we break down the anvil of dissent
Eyes covered in ash, gazes of a thousand miles
Contemplating a world where this system is off and never again

Misery Index, “The Eaters and the Eaten”

These are the albums of 2021 that we couldn’t stop listening to.