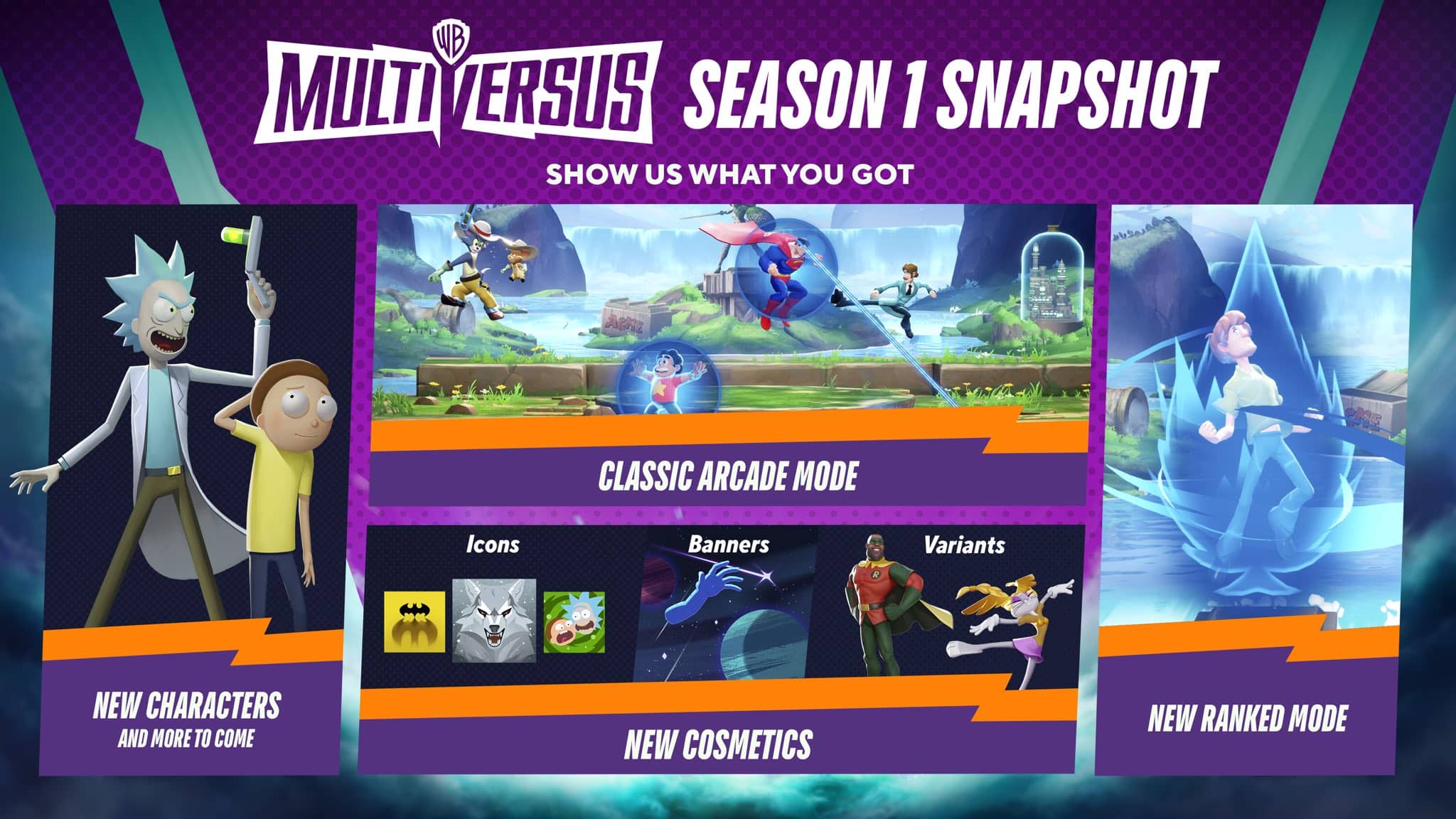 From the screenshot, we can see that the characters will all have different variants, along with other cosmetics, including new banners and icons. A ranked mode and a classic arcade mode have also been revealed, but no details on how each mode will work have yet been shared. New characters, including Rick and Morty, will also make their way to MultiVersus.

MultiVersus is still in its beta phase, but has become very popular and has attracted the interest of millions of players. Recently, Player First Games announced that they have decided to delay MultiVersus Season 1, so this update is positive for all fans.

Here is an overview of MultiVersus, via its official website:

In MultiVersus, the multiverse is at your fingertips as you battle in intense 2v2 matches. Facing Batman & Shaggy? Try using Bugs Bunny and Arya Stark! This platform fighter lets you play out your fantasy matchups in fun co-op or one-on-one combat for supremacy.

You can read our handy beginner’s guide to MultiVersus here. Be sure to have fun because MultiVersus (Open Beta) is available to download for free now on Xbox Series X|S, Xbox One, PlayStation 5, PlayStation 4, and PC.