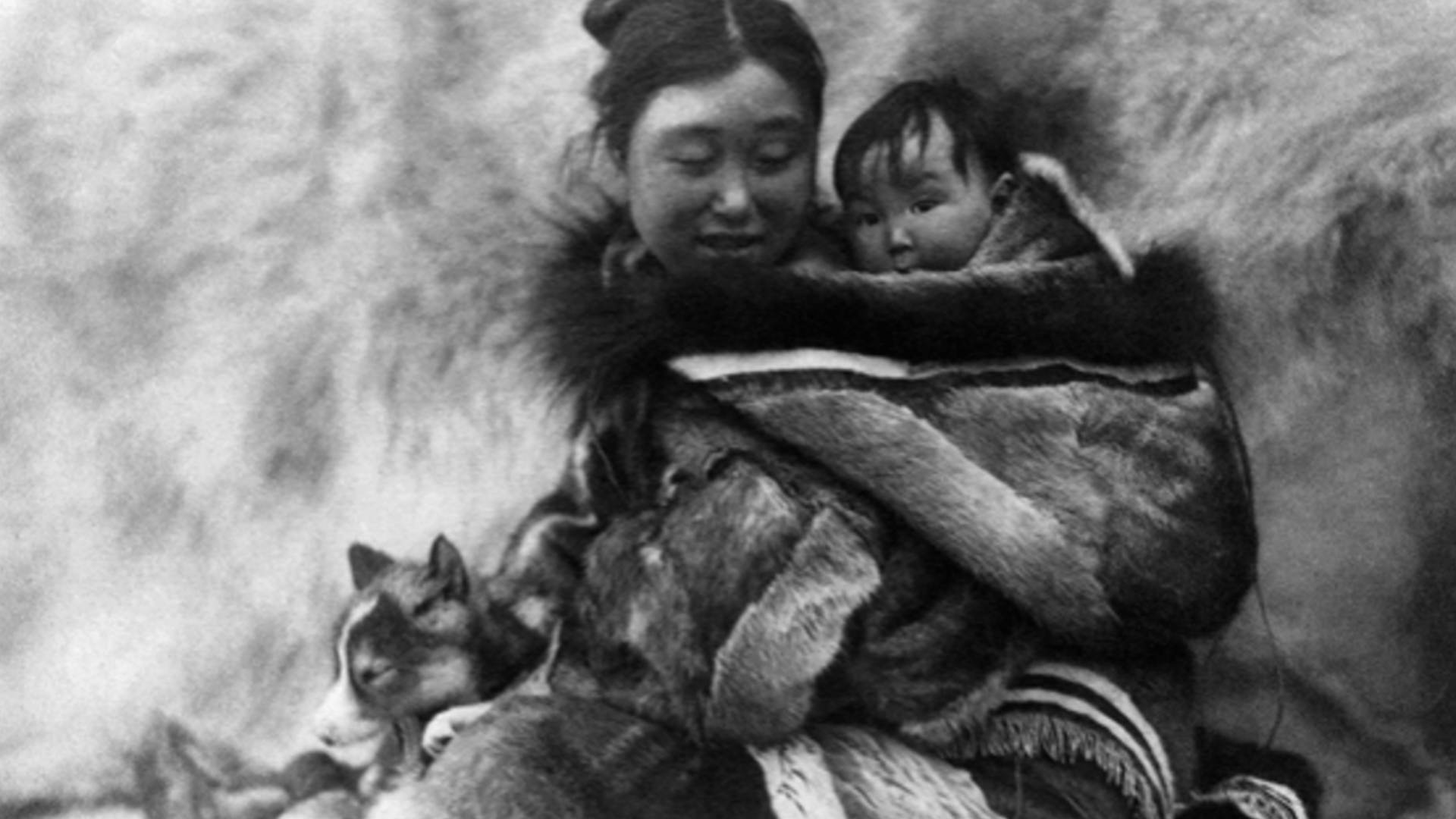 Celebrating 100 years since its theatrical release on June 11, 1922, NANOOK OF THE NORTH continues to be studied as a pioneering but problematic tale of Inuit indigenous peoples living in Canada’s northern Hudson Bay region at a time when little was known about their culture. In the century since its release, the film has come under scrutiny for its deceptive blend of documentary and docudrama (a genre unheard of at the time), but NANOOK OF THE NORTH was nonetheless the first feature film” documentary” to achieve financial success at the box office, paving the way for future filmmakers, and was one of the top 25 films ever chosen by the Library of Congress’s National Film Registry for preservation in 1989.

Director Robert Flaherty – who also served as a screenwriter, producer and cinematographer – was first introduced to Inuit communities in 1910, when Sir William MacKenzie hired him to study the Hudson Bay region for its economic potential. Aware that Inuit culture was threatened with extinction, Flaherty decided to become an apprentice cameraman between 1913 and 1914, where he “shot 30,000 feet of amateur negative”. Over the next few years, Flaherty continued his work using more sophisticated equipment and showed the results of drug tests (for the Inuit, who gave him grades), which were met with positive responses. In 1916, Flaherty accidentally ruined his film by dropping a lit cigarette on a negative, but he was undeterred, saying, “It saved the audience from a bad movie”. Knowing the potential of the project, however, Flaherty decided to resume his work, this time focusing on an Inuit family led by “Nanook” (who was actually called Allakariallak). After years of seeking financial backing, Flaherty secured financing from a fur company called Revillon Frères and resumed filming from August 1920 to August 1921 at a Revillon fur trading post at Cape Dufferin on the North Side. east of Hudson Bay.

During this time, Flaherty staged famous events but presented them as reality, sometimes for comedic effect such as a scene in which “Nanook” tries to take a bite out of a gramophone record for food, while knowing exactly what it was. Sets were built to accommodate large cameras, including a special three-walled igloo. The characters were made to seem more ignorant of modern culture than they actually were; while “Nanook” usually hunted with a gun, for example, Flaherty ordered him to hunt in the ways of his ancestors to make the Inuit appear less technologically advanced. Additionally, the two on-screen wives of “Nanook” were indeed Flaherty’s own common-law wives; one of which (“Nyla”) bore Flaherty a son named Josephie, who never met his father. Josephie was eventually adopted by Paddy Aqiatusuk, a famous soapstone sculptor who married “Nyla”. The 1990 documentary NANOOK REVISITED traveled to Inukjuak, Quebec, where much of Flaherty’s film was shot, and found that Flaherty’s image consisted mostly of re-enactments. Years later, Josephie’s daughter, Martha Flaherty, became the subject of a Canadian documentary titled MARTHA OF THE NORTH (2008), which examined the atrocities suffered by her family in 1953 when the Canadian government forced Paddy Aqiatusuk and 87 Inuit to move further north to Ellsemere. Island, where they struggled to survive in the harsh climate. “Nanook” himself died two years after the release of NANOOK OF THE NORTH, and although Flaherty claimed the cause of death was starvation, it was likely the result of tuberculosis contracted from his contact with foreigners such as Flaherty.

NANOOK DU NORTH remains “arguably the most famous film ever shot in Canada”, as stated in the “Canadian Encyclopedia.It was a commercial success upon its release in June 1922, and audiences flocked to witness the masterful survival of the Inuit in the natural world. Although its claim to be the first feature-length documentary is debatable, it was a work of great innovation. Reflecting on his relationship to the subject of his film, Robert Flaherty wrote in the introductory title cards, “This experience has given me insight into their lives and a deep appreciation for them.”