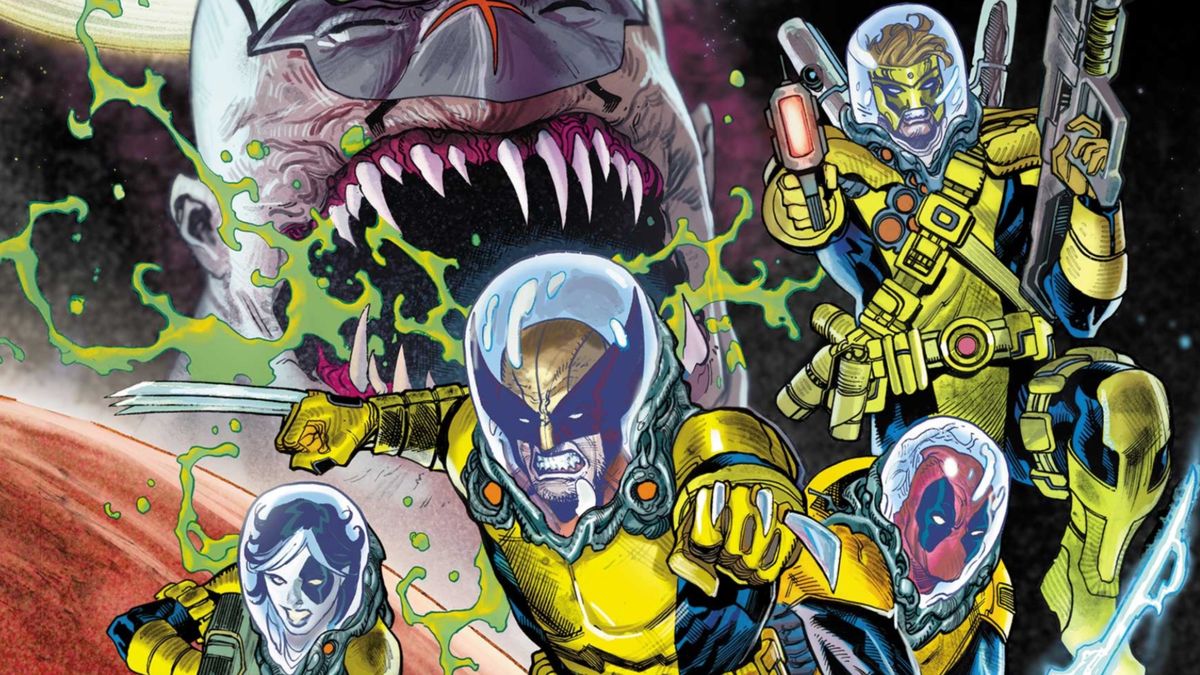 Mutants can seem to live in relative harmony, all collectively pursuing the goals of freedom and sovereignty for the mutant nation of Krakoa and their new home planet Arakko. But it’s not all tea and cake for mutants, as there are still some among them who act in their own best interests – even if it means endangering other mutants.

(opens in a new tab)

For example, November’s X-Force #34 brings back the pirate Arakki known as Sevyr Blackmore, a ruthless cutthroat who had a run-in with Wolverine during the “X of Swords” crossover. Now Sevyr Blackmore is back in action, and it’s up to X-Force to bring him in and stop him from threatening the people of Arakko – and they’re going to have help from mutant soldier Maverick and his Thanks.

Artist Chris Allen will also guest on the title, who joins series writer Benjamin Percy for the new arc. X-Force #34 also features a main cover by series regular artist Joshua Cassara and a variation by Francesco Manna, both seen here.

“In space, no one can hear you snicker!” reads the solicitation text for X-Force #34, referencing the classic Alien movie tagline.

(opens in a new tab)

“The planet Arakko is a new target for Arakkii pirate Sevyr Blackmore! But where there is crime, there inevitably is punishment. And that’s where X-Force comes in with Maverick and the Mercs!” the solicitation text continues. “But are even their combined forces enough to stop these deadly warriors from invading the solar system?”

Planet Arakko is a new mutant homeworld built on the planet that was once Mars. Using the combined powers of Magneto, Storm, Iceman, and others, Mars was terraformed into a habitable planet, and the island of Arakko was transported there along with most of its population.

X-Force #34 will go on sale in November. Stay tuned to Newsarama for Marvel’s full November 2022 solicitations, coming later this month.

Stay up to date on all new X-Men comics expected release in 2022 and beyond.