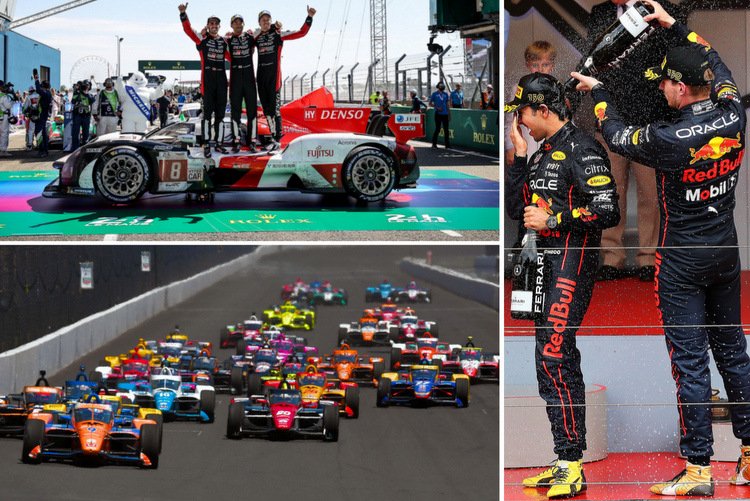 Open letter to the FIA: Time to sort out the calendar mess

Almost six months after the new order took over the reins of the FIA, we are happy to report that the first few days have been hectic, even hectic, but productive. The message is clear: clearing of the Jean Todt era is underway.

The place was messy, but the broom is clean. Keep up the good work.

This is not the first time that we have decided to write an open letter to the FIA, which grew out of internal discussions within our GrandPrix247 team of contributors and sources, in which we will address issues, make suggestions and, of course, keep a watchful eye on how the new FIA is skinned and how effective it will be going forward.

Before discussing anything related to the Canadian Grand Prix, it is important to reflect on the debacle of the international motorsport calendar that we have just experienced, a sellout of missed opportunities to maximize the exposure of our sport in three weeks to truly live up to the #WeRaceAsOne slogan, literally, not just lip service.

Exactly! What were the guys thinking last year when they designed this calendar? Did they think at all?

It’s what your inefficient predecessor, Todt, thought was good for motorsport. That’s why he left.

It is shameful that the crown jewels of the three major motor racing disciplines go head-to-head without FIA concern, disregarding the invaluable opportunity to unite motorsport over three glorious weekends of racing , showcasing world motorsport at the highest level.

Ecclestone, backed by winger Max Mosley, was obsessively intent on destroying any racing series that might impact or financially threaten F1.

And so they went on to make F1 the giant that it has become, stomping on all other motorsports. He even wanted to buy MotoGP – to kill it – because it rivaled his vision of F1. Dorna told him to take a hike back then. Phew!

However, we are still paying the price for Bernie’s scorched earth greed and sheer ignorance but, sadly despite his fading into oblivion, the tentacles of his reign are still being felt and have been rising in this racing schedule 2022 without vision.

Wouldn’t it make sense to celebrate motorsport on a global scale by staging these three races on back-to-back weekends? Give the Triple Crown of Motorsport real relevance and visibility. Imagine the possibilities: F1 drivers invited to the Brickyard and then welcoming them to Monaco a week later.

And then, Valhalla! Le Mans where F1 and/or IndyCar drivers can compete in the 24 Hours; contracts and teams allow it. Next year Ferrari will have a Hypercar at Le Mans, but with a date clash that no one in the F1 world will care about.

However having no date clash, with Charles Leclerc in the hyper-Ferrari while Carlos Sainz and Antonio Giovinazzi also being on duty…. Wholesome!

Until Bernie kidnapped the “Big Kid”, that was how racing was and how it should be now that the “new” FIA is taking over and putting its house in order.

For example, this year wouldn’t it have made sense to race the Indy 500 on May 29, with Monaco a week later on June 5, and Le Mans a week later?

Of course it is, and we sincerely hope that the FIA ​​President’s trip to Indianapolis and an audience with “The Captain” Roger Penske sent the right message. We must work together to make this thing of ours bigger and better for all, not just a cabal of followers of the previous one.

In a word to our colleagues at the FIA, put it on the long list of things to fix (which Todt broke) as a priority and before they mess up next year’s motorsport calendar: Monaco, Indy and Le Mans will never be able to face each other again.

And in closing, to President Mr. Ben Sulayem, be warned ‘they’ will apologize and explain how this is not possible. He is. All you have to do is your well-known style, just say, “Make it happen”. And they will.

To all FIA members, enjoy the Canadian Grand Prix weekend.

Support characters who need their own video game