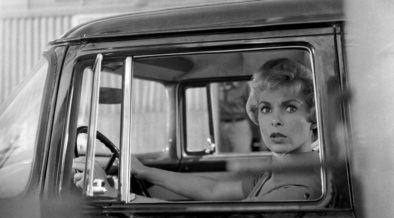 Alfred Hitchcock shocked audiences with his classic mystery film “Psycho” as he used his technical skills to direct the viewer in a specific way. He deliberately filmed this movie to look cheap and a little underwhelming. Despite the realistic approach of this film, it is full of twists and turns that prove to be deeply disturbing and perhaps even before its time.

The theme of secrecy begins right away in the film and continues throughout. The camera effects allow the viewer to experience an eerie realism which only adds to the suspense. There are long pauses without dialogue throughout the film which are almost awkward, as they allow the viewer to experience these scenes on their own. There are times throughout the film when it’s just the sound of rain or footsteps. These scenes are strange and disturbing.

Anthony Perkins does a great job playing the title role, Norman Bates. The role is complex and based on secrecy. After Marion Crane (Janet Leigh) meets him at the Bates Motel, he does something strange. He gives the viewer reasons to identify with him. Bates acts innocent and lonely. It even affects Marion so much that she shares a meal with him. Throughout this meal, the viewer can tell that there is something wrong. He shares his dreams and aspirations, then in the next scene he spies on Marion showering through the wall peephole. This weird character development is done on purpose. Viewers now empathize with Bates. He even takes on the role of the protagonist at some point, and the viewer wants what he wants. It’s brilliant character development.

The plot is designed in such a way that the viewer feels like they know what the conflict is, but they are often wrong. It starts with money and theft issues. Later, the conflict turns and the police become suspect. It looks like the film will continue down this path, but the conflict has nothing to do with either of these issues. Hitchcock sets them up throughout the movie, but we don’t get to see the real conflict until the end. The ending reveals Bates’ secrets focused on mental illness. It is revealed that the secret was the conflict around all of these circumstances.

The end is edgy and disappointing. It makes the movie almost unfinished in a horrible way. Discovery of the deaths is revealed and then ignored as the film ends with a lecture on mental illness. The credits roll as the viewer is still on the edge of their seat, waiting.