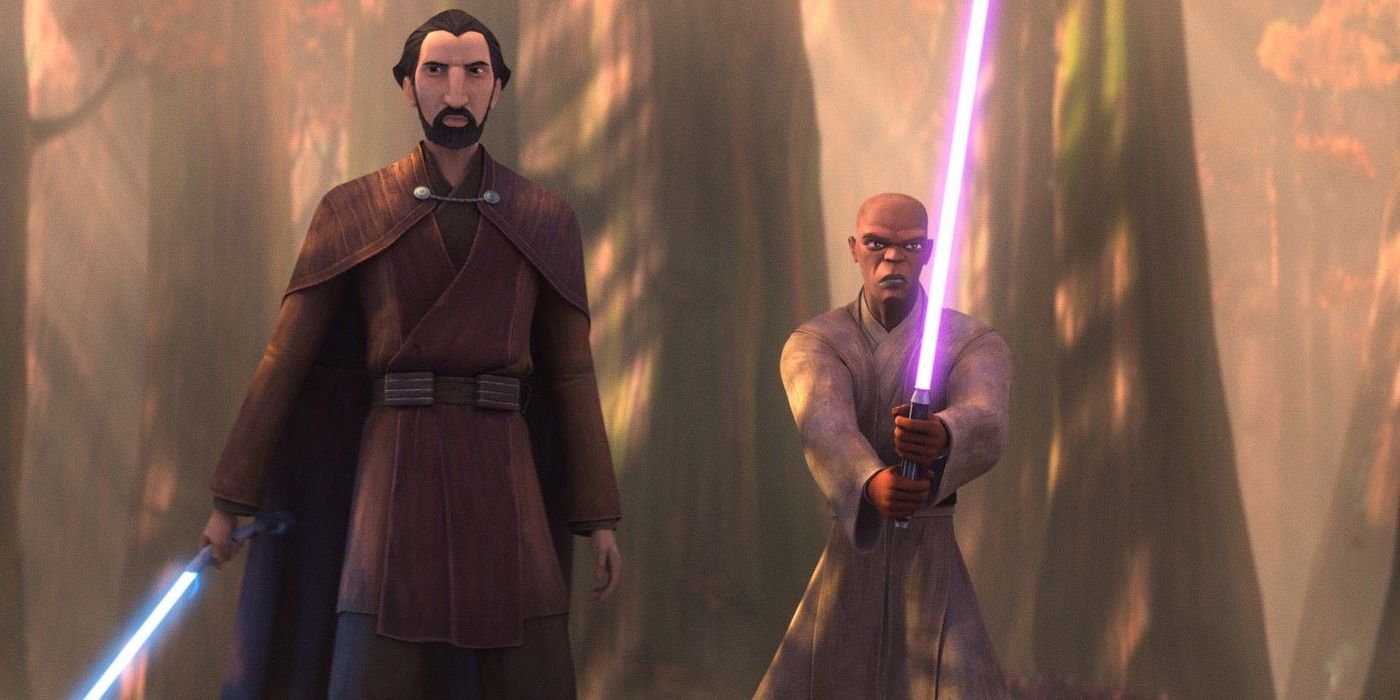 Following several big announcements about major upcoming events star wars projects during the Lucasfilm panel at this year’s D23 Expo, one of the most notable projects that fans considered was the Tales of the Jedi trailer, which was shown on the panel. Following the release of the trailer, several new images have been revealed that offer a deeper look at some fan-favorite characters from the franchise.

The first image shows Count Dooku standing next to Mace Windu as they fight side by side in the midst of a battle. Showing the relationship between the two before Dooku’s downfall could be a fascinating insight into the two characters. Given what is already known about Dooku’s fate, his episodes will likely focus on the darker side of the character during his youth. With the appearance of a young Qui-Gon Jinn in the series, fans will finally be able to fully explore the dynamic between the two characters in action, which has been heavily talked about since the release of attack of the clones.

COLLIDER VIDEO OF THE DAY

Several images also feature Ahsoka Tano as both a small child and a teenager. Given the information provided in the trailer, episodes focused on the character will chronicle her early childhood, before she became a Jedi, and her training by her master, Anakin Skywalker. However, her episodes will feature plenty of action as she can be seen wielding her green lightsaber during her intense training sessions.

However, one of the most striking images that will captivate fans is a Sith character wielding a rotating double-bladed lightsaber similar to those wielded by the franchise’s Imperial-era Inquisitors. Needless to say, with such a striking character design, it will come as no surprise that the character eventually becomes a fan favorite within the Star Wars community. It’s still unclear who the character is, but fans won’t have to wait long as the series is set to debut on streaming later next month.

Tales of the Jedi will focus on and parallel the Jedi journeys of Ahsoka Tano and a young Count Dooku as they both navigate the ultimate tests that will determine their fates. Watching the two characters’ journeys develop will create a nice contrast to each other, especially when compared to their characterizations in Star Wars: The Clone Wars. David Filoniwho previously worked on Star Wars: The Clone Wars, will be the creator of Tales of the Jedi and executive produced alongside Carrie Beck and Athena Portillo. With Filoni bringing another star wars A project using the same With Clone-Wars style animation, Tales of the Jedi could be an exciting series to check out when it debuts next month.

The six short episodes of Tales of the Jedi will debut on Disney+ on October 26. Check out the official trailer and new images for the upcoming series below: