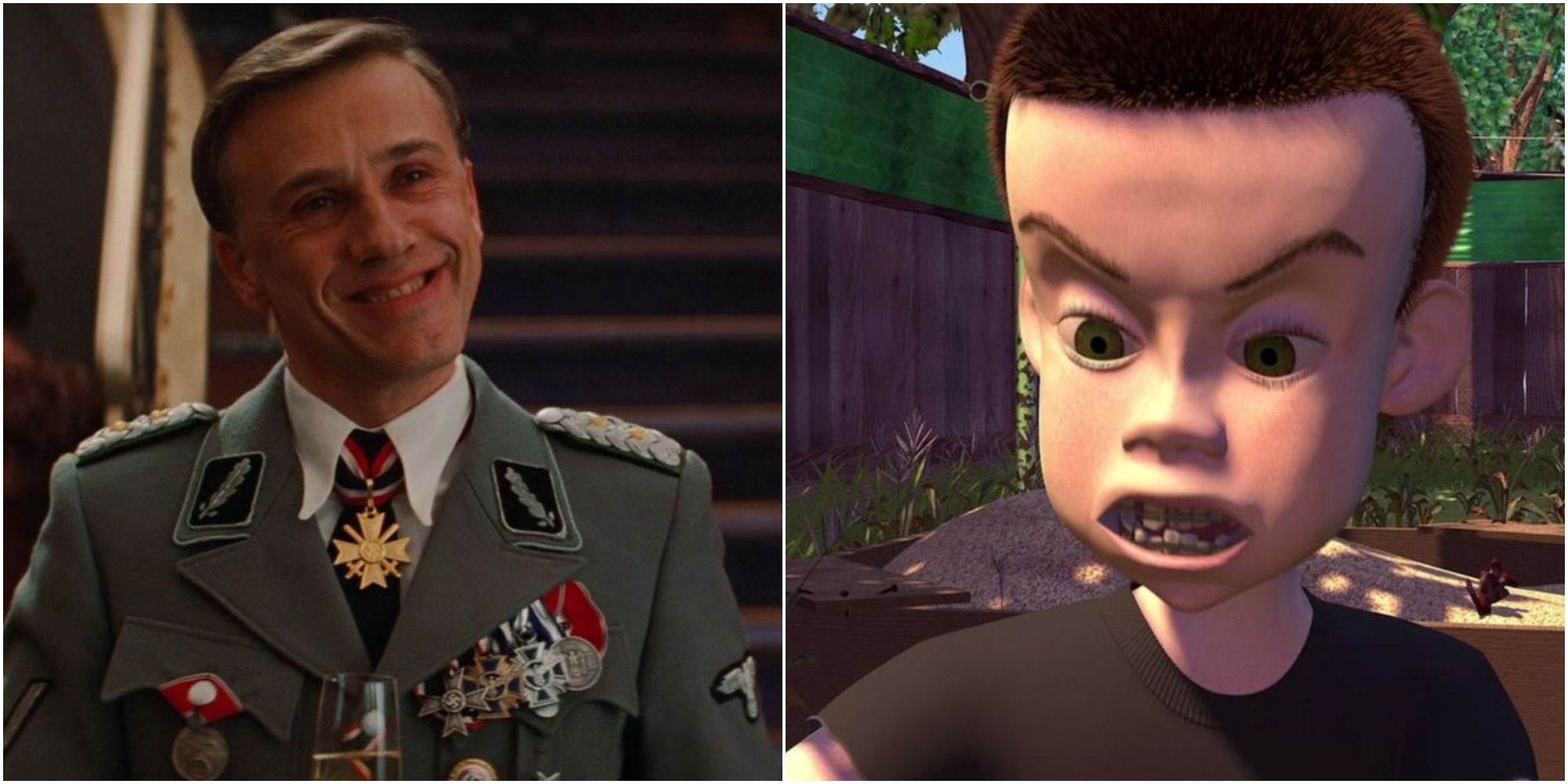 The 10 most hated movie characters of all time

Characters in a story fall into a range of categories based on audience perception – while some are endearing and lovable, others are obnoxious and revolting. Although a large portion of film characters are irrelevant to their respective narratives, those who are tend to elicit a significant emotional response from viewers.

A character can be hated for many reasons, but most often because their behavior and actions are impossible to understand. Considering love and hate are two sides of the same coin, hated characters are often just as iconic as their lovable counterparts. Interestingly, not all despicable characters are villains; many of them start their arcs as neutral or positive individuals.

Marty McFly is one of the most endearing sci-fi protagonists of all time. His nature seems noticeably kinder compared to the antagonist, Biff Tannen. Biff isn’t very smart and he has a particular distaste for manure, but his behavior is downright loathsome.

In 1955, he plays a horrible tyrant who takes advantage of Lorraine; in two separate 1985 timelines, he is a vicious tyrant who likes to display his power and authority; and in 1885 his ancestor proves that the whole Tannen line is problematic.

Amon Goeth is the definitive example of a Nazi – his virulent anti-Semitism is eclipsed only by his complete lack of empathy, even towards his own soldiers. He embodies decadence in its most brutal form.

Goeth treats Jewish prisoners like moving targets: children, the elderly, pregnant women, no one is safe from his violence. Goeth is beyond odious, not because of his devotion to Hitler, but because there is nothing about him that can be considered potentially redemptive.

Nazis usually make hateful movie characters, but Christoph Waltz’s Hans Landa is spectacularly obnoxious, even by Nazi standards. His gleeful narcissism is infuriating, especially in light of the fact that he proudly refers to himself as the “Jew-hunter.”

Unlike Amon Goeth, who at least has the decency to stick to his guns, Hans Landa sees nothing wrong with switching allegiances to save himself. Aldo doesn’t take too kindly to her defection as he realizes that Landa’s change of heart is nothing more than a shameless survival ploy.

All toys are terrified of Sid Phillips and for good reason. While Andy loves his toys and takes good care of them, Sid can be found performing horrific experiments on them. He ruthlessly “executes” a number of innocent toys using explosives, fire, and other equally cruel methods.

Rex states that Sid “tortures toys just for fun”, a brief but apt description of the boy’s personality. However, it’s important to remember that Sid is a child and, more importantly, someone who truly believes that toys aren’t living things.

Denethor, the steward of Gondor, becomes paranoid after spending years watching the armies of Mordor grow larger and larger. He trusts his son Boromir to carry on in his place, but the latter’s untimely death plunges Denethor into a death spiral that worsens with each passing moment.

Not only does he stop Gandalf from calling on Rohan for help from Gondor, but he also sends his surviving son to die in battle. If that’s not despicable enough, Denethor plans to kill Faramir in a ritual murder-suicide.

Commodus inherits the Roman Empire from his father, the great Marcus Aurelius, after committing a treacherous combination of patricide and regicide.

RELATED: 10 Movies Every Movie Buff Should Watch At Least Once

The bad blood between Commodus and Maximus Meridius turns into misfortune for the general’s family, who are raped and murdered by order of the new emperor. Commodus’ descent into villainy almost feels like farce because audiences can’t imagine how one person could be capable of so much horror.

Miss Trunchbull’s characterization as a villain relies heavily on her body and her independence, unmistakably fatphobic and sexist references. However, this does not absolve him of his crimes, which range from throwing children out of school windows to kicking Miss Honey out of her own home.

Trunchbull relishes the act of oppressing those unable to withstand his rampages. Molesting adults is one thing, but there is a special place in hell for people who subject helpless children to violence.

Randle McMurphy throws a wrench into Nurse Ratched’s perfectly authoritarian system after she is transferred to her hospital. He incites a rebellion with the help of the other inmates, infuriating Ratched into openly flouting his rules and regulations.

The McMurphy-Ratched Civil War comes to a head when Billy Bibbit kills himself – Randle tries to choke the nurse to death, an act of revenge that results in his unfortunate lobotomy. However, this attack simultaneously prevents Ratched from regaining full control of his patients.

Warden Norton initially comes across as a benevolent person, offering Andy Dufresne immunity from prison abuse in exchange for the latter’s help in the money laundering schemes. Norton’s true colors are exposed when he refuses to release Andy, despite learning of his innocence.

RELATED: 10 Kids Movies Much Darker Than They Let On

Norton continues to make Andy’s life hell by murdering the only witness who can identify Linda and Glenn’s killer. The director’s illusions of safety are shattered after Andy’s daring escape – Norton ends up killing himself.

Jack Nicholson has a knack for playing both likeable and ruthless characters with equal skill; his Jack Torrance falls into the second category. Torrance’s inhumanity is revealed before visiting the Overlook Hotel, but the extent of her wickedness comes to light during the “staycation” period.

Torrance inevitably reaches the point of no return – he hunts his wife and son like a predator before Danny’s ingenious strategy leaves Torrance freezing to death in sub-zero temperatures.

NEXT: The 10 Most Historically Significant Movies Of All Time


following
MCU: 10 advantages of being Thanos

Ajay’s natural habitat is his bedroom, which means he spends his time staring at his television screen in a hypnotic coma. He tends to complain about the lack of quality programming in his life, but the amount of content he consumes would make even Galactus gassy. You can contact him on Twitter — @stain_dprinc_ss.