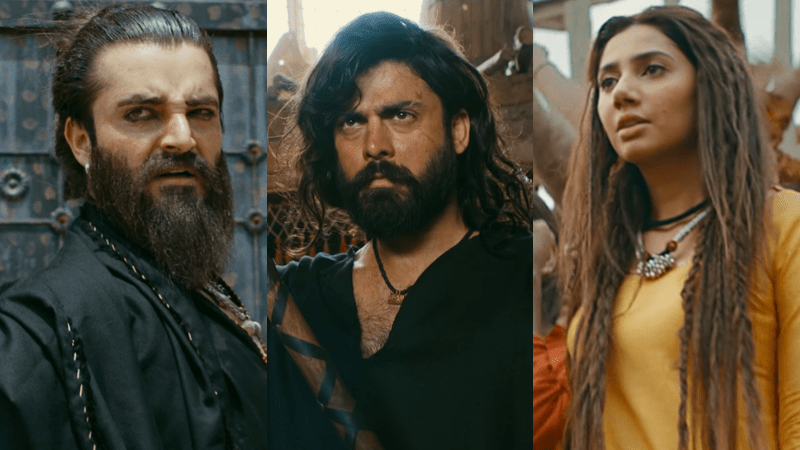 The “10-year journey” of Punjabi film making The Legend of Maula Jatt finally comes to an end. After legal battles and years of delays, the film is set to hit theaters around the world on October 13, and the action-packed trailer is out now.

The two-and-a-half-minute trailer was released on Sunday captioned: “From time immemorial when legends have been written in the ground with blood, a hero has been born. Maula Jatt, a fierce fighter with a tortured past, seeks revenge against his nemesis Noori Natt, the most feared warrior in the land of Punjab. Loyalties are questioned and families torn apart in this epic tale of truth, honor and justice.

The music video is a dip in time and that is only reflected in its set and costume design. Telling the story of the rivalry between Maula Jatt and Noori Natt, played by Fawad Khan and Hamza Ali Abbasi respectively, it begins with a mother who sadly exclaims that she did not know with the conception of her son, she was bringing the death to the whole village.

From there it picks up speed and shows the ferocity of the two protagonists and the epic battle between them. The dialogue featured in the trailer chimes with rhyme, setting an iconic tone for the film. With bits of romance and tons of action, the film promises to be an intense war story.

The film is a reboot of Yunus Malik’s 1979 cult classic Maula Jatt – which led to the now-resolved copyright issues – and will be the wildly popular couple’s second project together after Humsafar 11 years ago.

Mandvivalla said Variety, “It is our immense pleasure to be part of Pakistan’s most ambitious project, The Legend of Maula Jatt, an Encyclomedia and Lashari Films production. Unleash the spectacular The legend of Maula Jatt is not only going to be a challenge, but is also seen as a milestone in the history of Pakistani cinema.

“A 10-year journey of making an impossible movie will come to an end in October at a theater near you,” said the director. Hikmat, the film’s producer added, “I hope this film turns out to be one of those defining moments in the history of South Asian cinema that it deserves.”