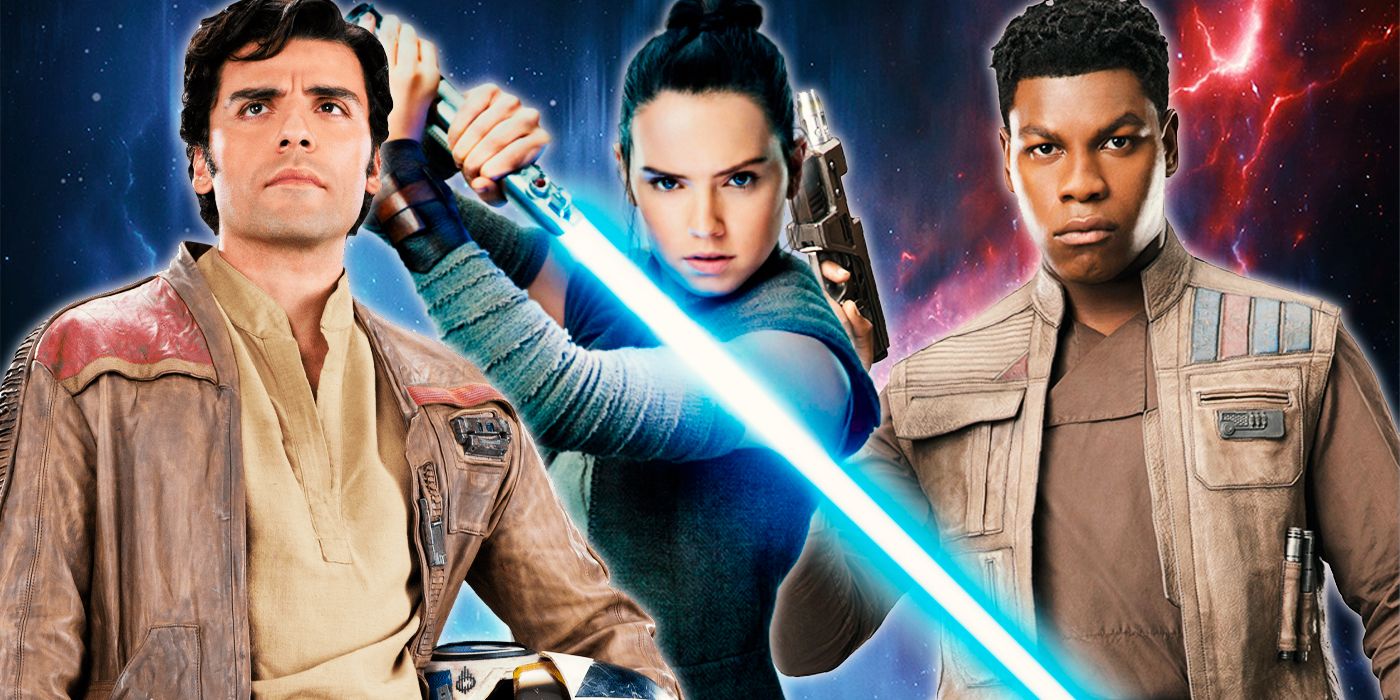 The Star Wars universe is best known for creating and developing fantastic worlds and characters through multiple forms of media. For example, since its first appearance in Star Wars Episode IV: A New Hope, Han Solo’s story has been fleshed out through movies, video games, and comics.

Unfortunately, some characters still need proper exploration even after their initial appearances. Recently, Lucasfilm president Kathleen Kennedy mentioned that Star Wars was planning to revisit the characters from the Sequel trilogy, but she didn’t specify who they would be, therefore, to help appease the curiosity of many fans, this list will cover some characters that deserve more time to flesh out.

Introduced in Star Wars Episode IX: The Rise of Skywalker, Jannah was a Stormtrooper who broke her lineup and led a group of deserters to the ocean moon of Kef Bir. Once there, she and her crew lived in exile until Rey, Finn, and Poe appeared, bringing their war with the First Order to their doorstep.

Even though she joined the war near its end, her efforts helped save the galaxy, and she was last seen embarking on an adventure with Lando Calrissian to learn more about her past. Considering she never had much time to explore in the film, revisiting her at another outlet is a great way to learn more about the character’s past as she forges a new future with her. Lando. 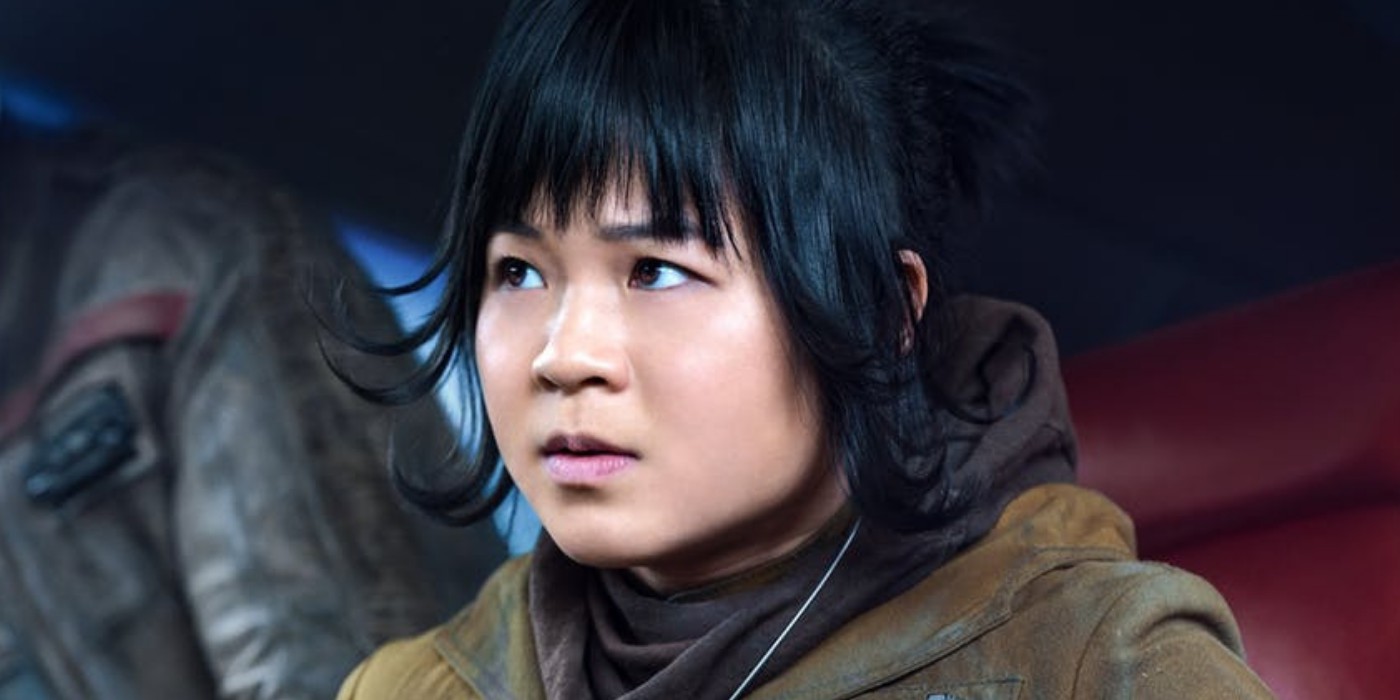 Rose Tico was a member of the Resistance who first appeared in Star Wars Episode VIII: The Last Jedi. At first, she was much more of a go-getter who often relied on rules and protocol to guide her decision-making. However, after meeting Finn, she learned to walk at her own pace and saved Finn from his suicide run on Crait.

RELATED: Star Wars’ Adam Driver Is Ready To Return To A Galaxy Far, Far Far Away

Eventually the two formed a close bond, even sharing a kiss, but in The Rise of Skywalker, her role is greatly diminished, but her demeanor shows that she matured a lot from her first appearance as Resistance Commander. Returning to her character, the audience finally got to see how she grew up between Episode VIII and IX, and also see how it affected her relationship with Finn. 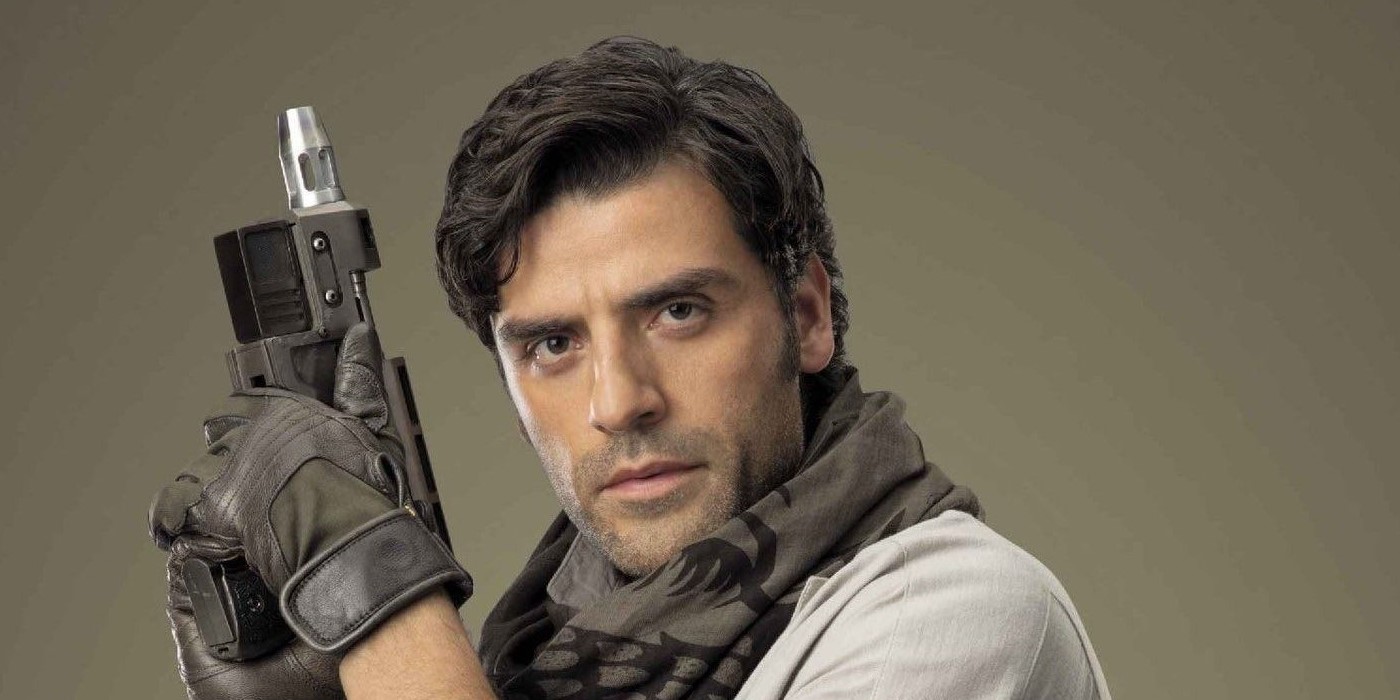 Pilot ace Poe Dameron comes from a legacy of rebel heroes with his father and mother helping in the War against the Empire and even participating in the Battle of Endor. Poe, however, first appears in Star Wars Episode VII: The Force Awakens as an established pilot in the Resistance. Throughout the Sequel Trilogy, Poe learns humility, which helps him become a better leader. That being said, he still prefers to fight in the field, and he and Finn form a close friendship during the war.

Sadly, this friendship or Poe’s fate after the Battle of Exegol is unknown. By revisiting the character, audiences might have the chance to witness more misadventures with him and Finn or even a story set after the movies where he learns about his family’s history.

RELATED: The Ahsoka Series Is Taking Shape As Fans Of The Star Wars Rebels Sequel Hoped 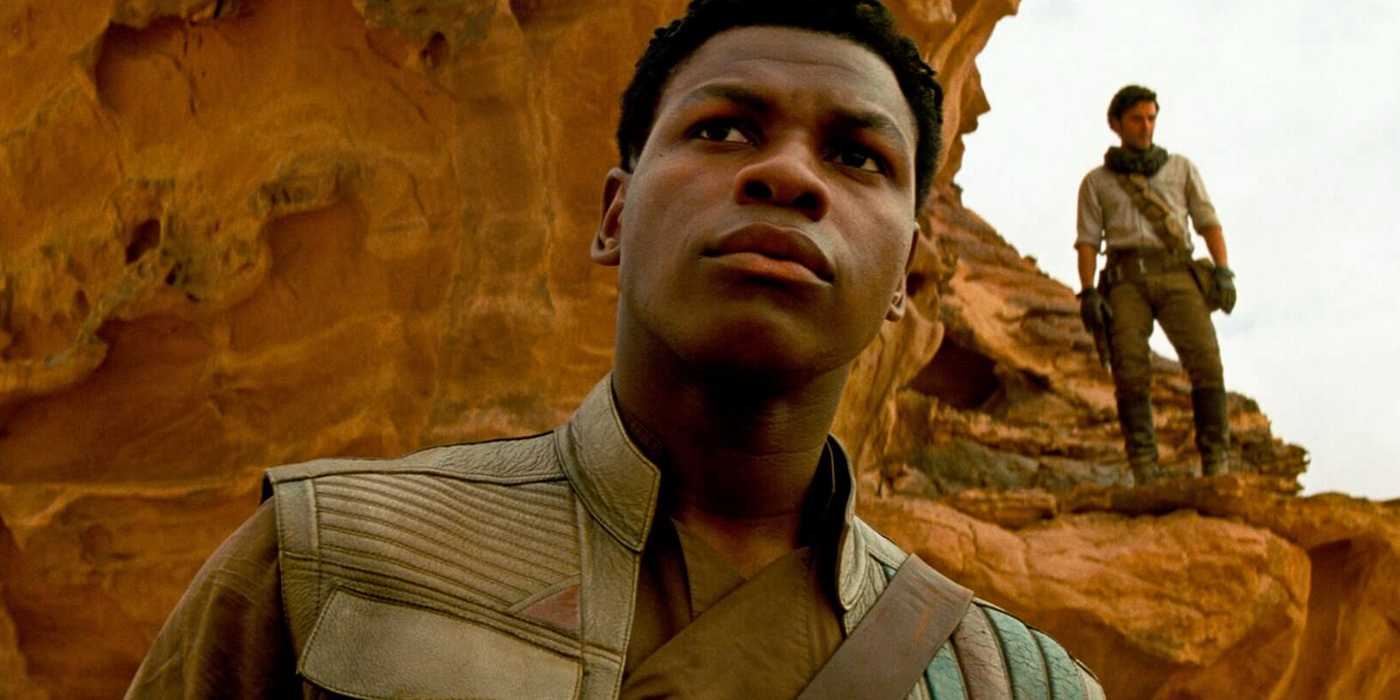 Following The Rise of Skywalker, Finn has become the only character with glaring detail that needs to be revisited. Beginning his journey in the force awakens, Finn was a Stormtrooper who broke his lineup, like Jannah, and joined the Resistance helping Poe and Rey. His story is one of courage, as he finds his purpose in the fog of war, and his character evolves from someone who runs into someone who will lead the charge in a battle.

In The Rise of Skywalker, a massive reveal is given, where Finn appears to be Force-sensitive, but with so many moving parts in the story of the film, he doesn’t get the attention he deserves. By revisiting Finn, audiences can finally see where his future as a potential Force user might take him and if his story was just beginning in The Rise of Skywalker. 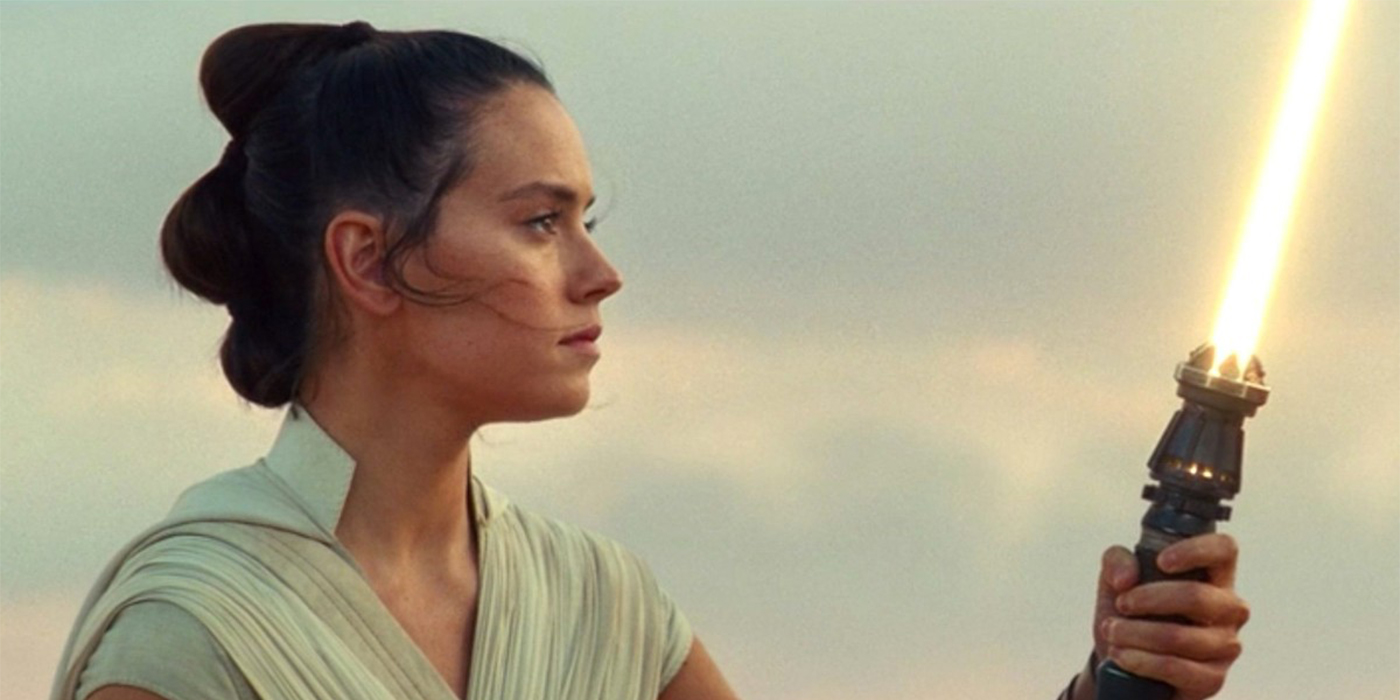 Rey Skywalker is a unique character in the series because his story runs in several directions. Initially, she starts out as a person and learns that she is Emperor Palpatine’s granddaughter before deciding to be a Skywalker instead. Although it seems like a crazy story for the character, she handles it with poise and earns the name Skywalker at the end of the trilogy.

However, as a powerful user of the Free Force to Make Her Own Path, she could be whoever she wants. Revisiting her in another form of media, fans could see what happens next after she buries the Skywalker lightsabers on Tatooine. Whether it’s a nomadic hero or the new creator of another Jedi Order, fans will likely love to see what other adventures await Rey. 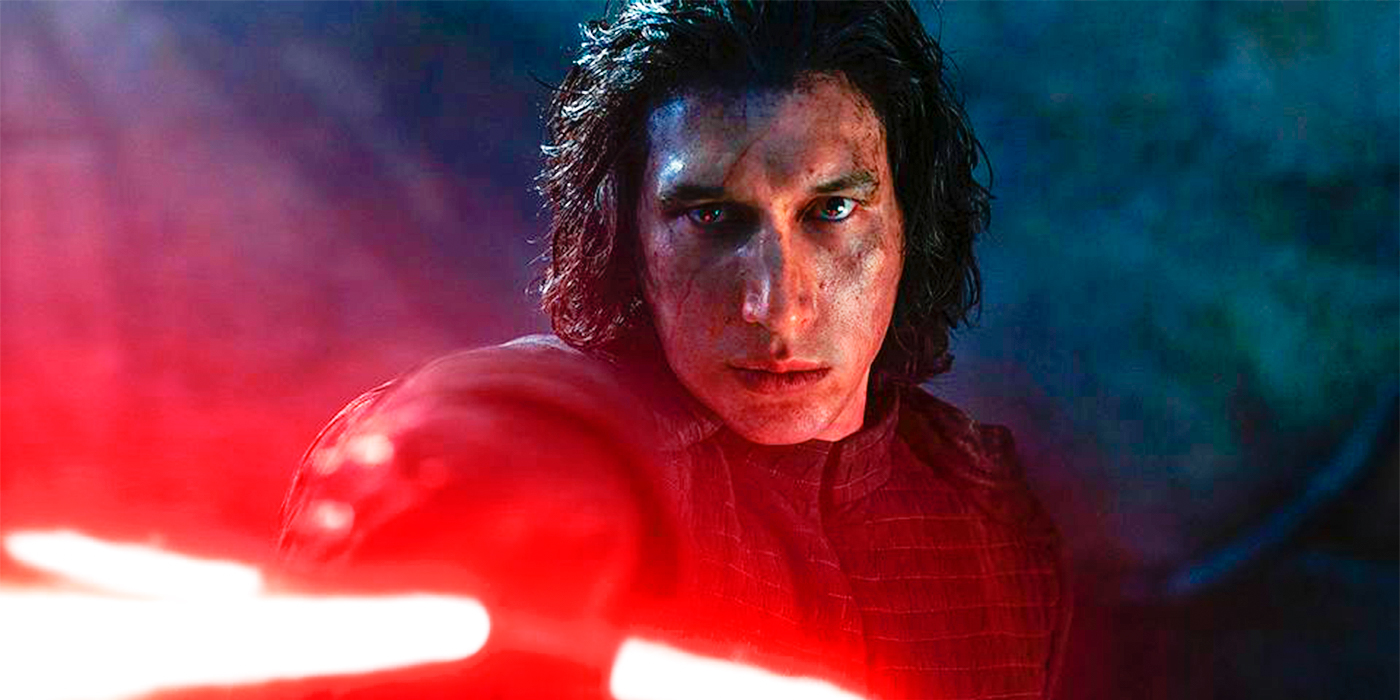 Although his story ends with The Rise of Skywalker, there is still a lot to learn about Kylo Ren, aka Ben Solo. So far, only its origin has been explored in Star Wars: The Rise of Kylo Ren Charles Soule and Will Sliney comic book series. However, there are still many years to explore how he helped Snoke and the First Order regain control of the galaxy.

By revisiting the character, fans can see Kylo Ren in his most brutal and terrifying form, understanding how he earned the same respect as his grandfather as Darth Vader. Fans may even be able to delve deeper into Knights of Ren and how Kylo Ren used them to achieve his goals. Ben is also a deeply conflicted antagonist, and his transition to the Dark Side has undoubtedly been brutal and rich in powerful dramatic moments for audiences to explore.

KEEP READING: The Star Wars Series Could Replace The Movies – But Is It A Good Thing?

The Lord of the Rings: Sure Sauron is evil, but another villain was worse

Writer Nick Brooks has been writing about everything pop culture for over a decade. He has written for other sites like Animemojo.com and Gamefragger.com. When not writing you can find him with his lovely girlfriend, cooking, reading comics, or collecting any new Star Wars Black, Marvel Legend or Transformer series. For more on his thoughts on pop culture, check out his blog, The Next Panel with Comic Brooks.