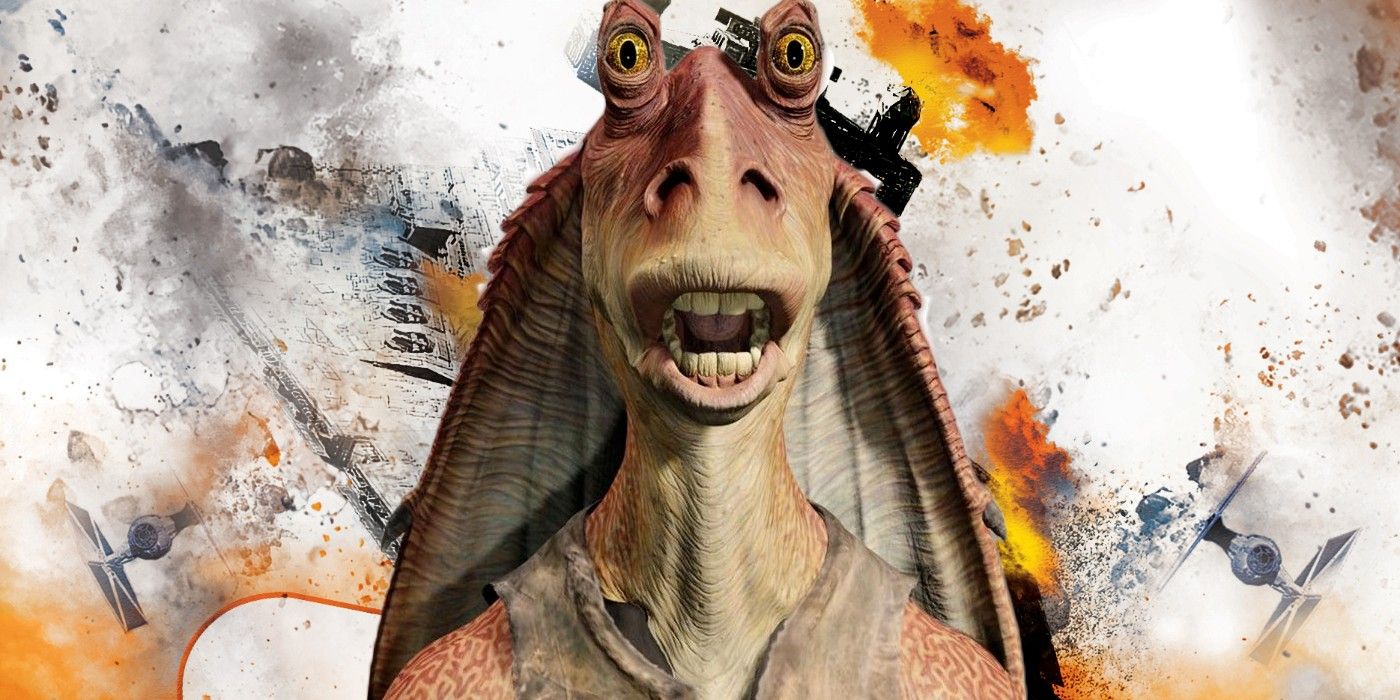 Why Jar Jar Binks Is The Most Tragic Character

Love him or hate him, there’s no denying the impact Jar Jar Binks had on the star wars‘galaxy. Behind the scenes of Star Wars: The Phantom Menace, director George Lucas said, “Jar Jar is the key to it all,” while repeatedly alluding to the character’s importance. And while Jar Jar may not stand out as a fan favorite, his actions had an incredible impact. In fact, Jar Jar’s story sparked the entire formation of the Empire, and that makes him just as (if not more) tragic than most characters from the prequels.

For the past few years, fans have watched the prequel trilogy fondly. But still, Jar Jar can be difficult to manage. He isn’t teased as much as he used to be, and many people have come to tolerate him, but his over-the-top voice and personality comes through in every scene he’s in. Yet despite his boring nature, he is undoubtedly generous. and simply wants to befriend the people around him.

RELATED: Why Podracing Is Ready For A Star Wars Return

Unfortunately, his good intentions only got him so far, as Jar Jar’s life was tragic from the start. When Qui-Gon and Obi-Wan first met him, the Trade Federation was invading his planet, and he had just been banished from his own home for accidentally crashing Boss Nass’ submarine. With the vast majority of Gungans living in the underwater city, he was left all alone and forced to defend himself.

Of course, running into the Jedi was a fluke, but it triggered Jar Jar’s life fall. He was forced to fight to protect Naboo and gained enormous notoriety among the Gungan people. Because of this, Senator Padmé Amidala believed he could serve as Naboo’s junior representative, as it helped bring Gungan and human relations closer together. But there was a huge downside to this, and that was that Jar Jar was far from a capable politician. Not only did he lack the intelligence and social skills for the role, he even had no idea how the Senate worked.

Years later, Padmé became the target of Jango Fett’s assassination attempts and was therefore forced into hiding. This placed Jar Jar in a higher role in the Senate, with no close friends to back him up. And with his simple nature of wanting to do good, he was so easily manipulated by Palpatine into making the biggest mistake of his life. He was tricked into believing that Padmé would want the clone army and gave Palpatine emergency powers over the situation.

After activating the Clone Wars, Jar Jar was forced into many situations he didn’t know how to handle, including a direct conversation with General Grievous. And during the final days of the Republic, all he could do was sit back and watch Palpatine harness his powers and build his great empire. Shortly after, Padmé passed away and it is known that Jar Jar was removed from his position. Then, for one last kick when he was already down, the Gungans once again exiled Jar Jar for accidentally helping create the Empire, and he was left to be a jester on the streets.

The prequel trilogy is full of tragic characters, but for many of them, tragedy came of their own making. But with Jar Jar, he just had the simple goal of making people happy and had no idea of ​​the political world he was immersed in. And all of his happiness was ultimately lost, as he became another pawn in Palpatine’s game and sparked the entire downfall of the Republic.